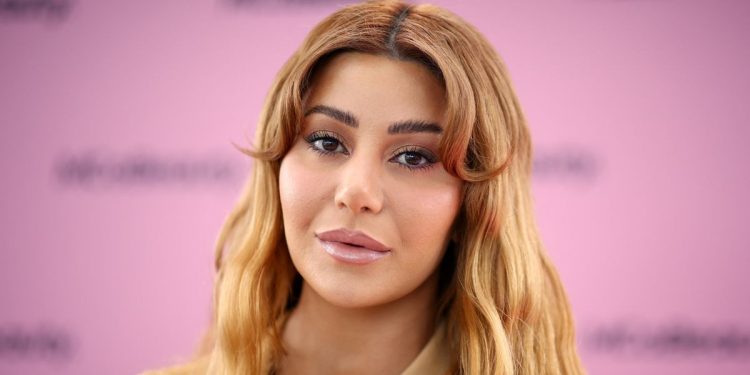 
Martha Kalifatidis says she is still dealing with ‘weird, ugly’ Covid symptoms since she contracted the virus two weeks ago

Married At First Sight Australia star Martha Kalifatidis says she is struggling with “weird and ugly” Covid symptoms weeks after she contracted the virus.

The reality star, who shot to fame in 2018 after appearing on the show, tested positive for coronavirus two weeks ago – but claims she is yet to recover from symptoms including “blocked ears and a blocked nose”.

Martha caught the illness after attending a family party over the Christmas period in Australia.

Taking to her Instagram, she told her followers: “Covid sucks, it is so f***ing s**t. It’s kind of like cold and flu symptoms and tonsillitis and gastro all in one.”

Martha Kalifatidis is still suffering with symptoms from Covid
(

She contracted the virus two weeks ago
(

She continued: “I know I have been so MIA (missing in action) on here, but if I am being honest I still feel pretty s**t after Covid and it has been over two weeks. I’ve just got all these weird, ugly, lingering symptoms.

“Like I don’t really do much, I can’t be bothered ever leaving the house. I still can’t taste, I still have blocked ears, blocked nose…”

“Anyway I am taking all the supplements and doing all the things but f**k I feel like s**t.”

Martha added she feels “puffed out” but admitted she has had all of her vaccines, so her illness is “not as severe”.

Martha says she feels ‘puffed out’
(

It’s not just Martha who caught the virus, though, as her fiancé Michael Brunelli, 31, also tested positive at the same time.

One of Michael’s symptoms was “projectile vomit” at the start, which is quite uncommon.

The couple have recently been sleeping apart because he’d been “going to war with my sheets, pillows and doona”.

On Instagram, Michael said: “Still have a little bit of a sore throat, but it’s getting better. A little bit nasally, a little bit lethargic, but still feel a lot better than yesterday.”

In other news, Martha has been making headlines after she landed a major brand deal with Calvin Klein.

She posted a gallery of photos of herself in a black crop top and matching high-waisted bottoms, captioning the image: “All day in my #mycalvins. @Calvinklein.”

Martha confirmed she was a Calvin Klein “partner” by adding the hashtag #ckpartner.

All the Golden Globe 2022 nominations amid ceremony backlash and controversy