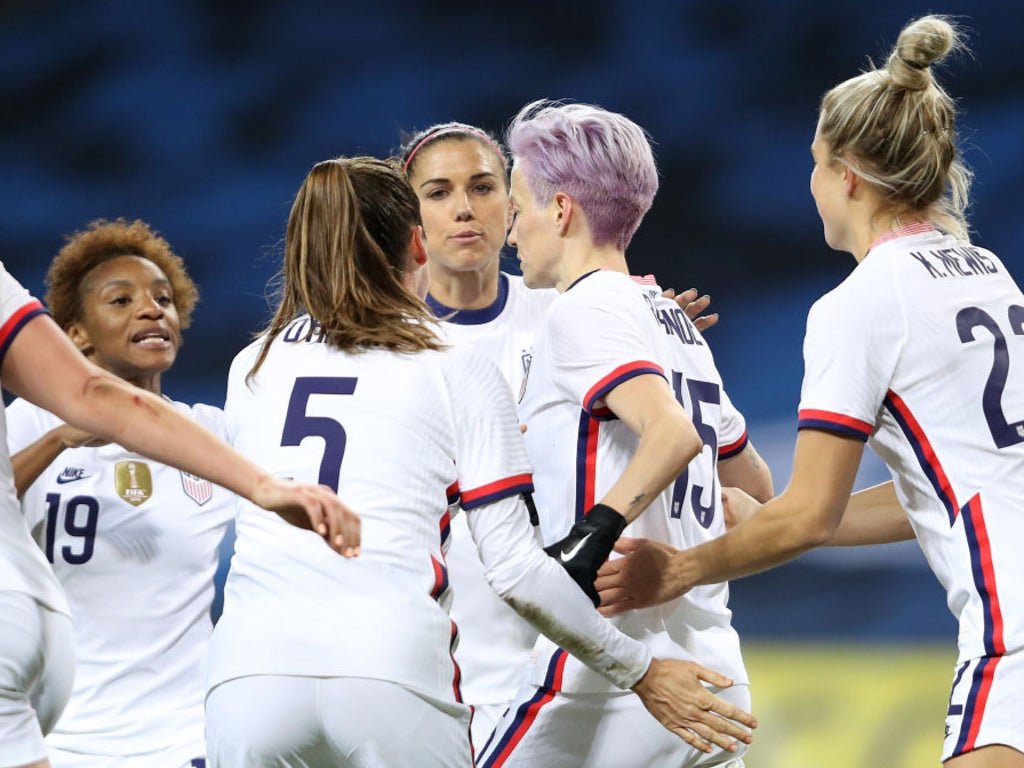 Fans of former President Donald Trump showed their contempt for the US Women’s Soccer Team on social media after the team was eliminated from the Olympic semifinals by Canada.

Taking the opportunity to reinforce their credentials with MAGA Twitter, pro-Trump commentators such as Ben Shapiro used the team’s misfortune to gloat about their defeat and criticize prominent members including Megan Rapinoe, the team captain.

Many mentioned the team’s past support for racial justice causes, and suggested bizarrely that the “woke” progressive viewpoints of many of the team’s members had somehow contributed to their loss.

The US Women’s Soccer Team went WOKE and now they lost to Canada.

That’s what happens when you put political propaganda before sport and hard work.

At least one right-wing writer, Breitbart’s Joel Pollak, went as far as to suggest that Canada’s team did not share the views of Ms Rapinoe and others on her team, and had not demonstrated during the performance of the Canadian national anthem.

The chorus of MAGA rage against the progressive members of the US women’s team ignored a few pieces of contradicting information — namely, that neither team had kneeled before the game, but the US team had made such a demonstration before their victory against Sweden just a few days earlier.

The tweet from Mr Pollak suggesting that Canada’s team did not take part in such demonstrations also conveniently ignored the fact that Canada’s women’s rugby team did the exact same thing, with team members kneeling in protest before facing Brazil.

Numerous teams from other countries have also seen all or some of their members take part in on-field demonstrations against racism amid the games in recent days, including both the British and Chilean teams before the two faced off in mid-July.

Should I Pay to Check My Credit Score?

The odds on Wales...