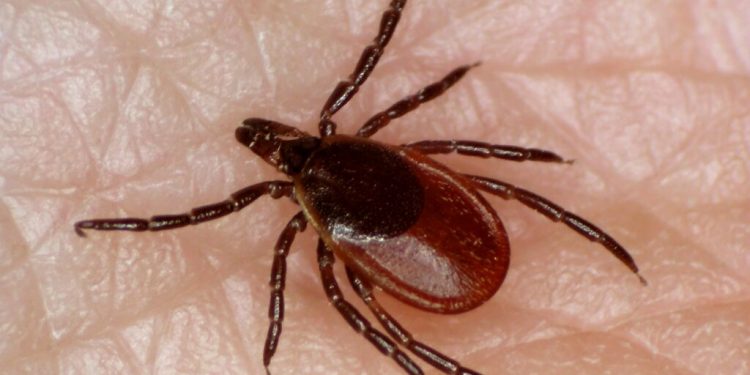 A resident of Waldo County has died from Powassan, an uncommon tick-borne virus, the Maine Center for Disease Control and Prevention said Wednesday.

It is at least the third Powassan death recorded in Maine, according to the state CDC.

The virus is rare, but the number of reported cases has increased nationally in recent years. Of 14 cases confirmed in Maine since 2010, three were reported last year and one this year, according to the Maine CDC. Powassan cases are most frequent in the Northeast and the Great Lakes region from late spring to mid-fall – ticks’ most active season.

The symptoms of Powassan can greatly vary in severity – from no symptoms at all, to fevers, infection of the brain, or death. Many people infected with the virus don’t show symptoms, according to the U.S. CDC. But approximately 10 percent of people with severe Powassan die, and half the survivors of the severe form suffer from long-term health problems, the agency says.

There is currently no medication for treating Powassan, but people with severe cases are often hospitalized and receive support for breathing, hydration and reducing brain swelling.

The Powassan virus is spread to people when an infected black-legged tick, or deer tick, bites a human. Ticks contract the disease by feeding on deer, rodents or other animals that have the virus in their blood.

The CDC warned Maine residents to take precautions now that ticks are active in Maine.

“Ticks are active and looking for a host to bite right now,” said Nirav Shah, director of the Maine CDC. “I urge Maine people and visitors to take steps that prevent tick bites.”

The state CDC says the best way to avoid tick-borne disease is to prevent tick bites by using caution in tick habitats – primarily areas with tall grass, and wooded and bushy areas – using bug spray or repellent and checking for ticks every day, among other things.

Surprised, confused or outraged by a medical bill? We want to hear from you.

Relief checks of $850 could arrive in June after Gov. Mills signs budget