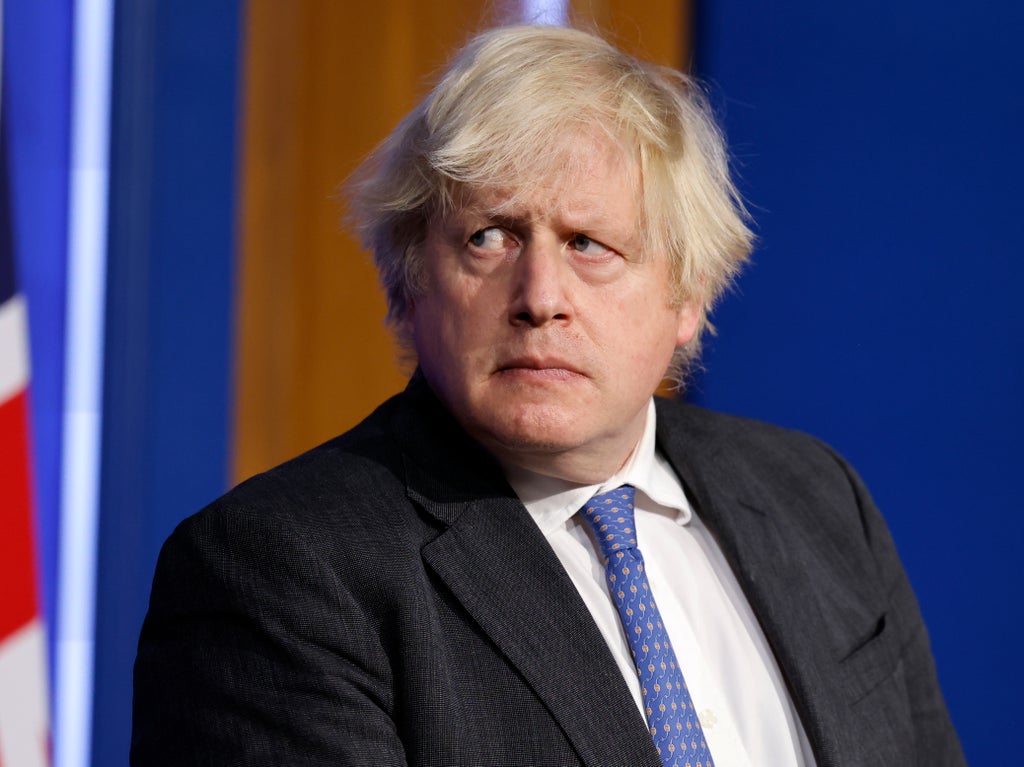 A majority of Conservative voters at the last general election want Boris Johnson replaced as party leader and prime minister next year, a poll has found.

Sixty per cent of all voters said they backed the idea of the Tories ditching Mr Johnson – 35 per cent were “strongly” in support.

More worryingly for the PM, strategic research firm Redfield & Wilton Strategies found a clear majority of Tory supporters have turned against him and want someone else in charge.

Fifty-three per cent of those who voted Tory in the 2019 election want him ousted from No10, according to the poll for MailOnline, 27 per cent in favour and 26 per cent “strongly” in favour.

Leading Conservatives have claimed that Tory MPs are now “definitely” having conversations on how to replace Mr Johnson in 2022 after a turbulent month on multiple fronts.

The PM’s personal ratings have plummeted and the Tories have lost their poll lead to Labour following the Owen Paterson scandal, claims of parties held during last year’s Covid curbs and remaining questions over the funding of his flat.

The latest polls indicate that chancellor Rishi Sunak would be the most popular replacement for Mr Johnson.

By comparison, only 23 per cent of voters said foreign secretary Liz Truss – another leading Tory touted for the job – would make a better PM.

However, according to regular ConservativeHome surveys, Ms Truss remains the most popular cabinet member among Tory supporters. She maintains her commanding lead over other ministers – a position she has held for over a year – with a net satisfaction of +82.

Mr Johnson’s opponents in the party would have to gather 55 signatures required for the powerful 1922 Committee of backbenchers to initiate a vote of no confidence in his leadership.

A majority of Tory MPs would then need to vote against Mr Johnson to spark a leadership contest – decided by Tory party members.

One Conservative MP from a so-called “red wall” constituency told The Independent the polls would be the biggest factor in determining Mr Johnson’s fate in 2022.

“I don’t think there’s going to be any leadership push quickly,” the backbencher said. “The people who already want Boris out will let him keep finding a bit more rope. It’s bad poll numbers that will rattle a wider group.”

The latest YouGov poll found that 71 per cent of voters believe Mr Johnson was doing “badly” in his job – approval ratings are now similar to those faced by Theresa May in the week before she was forced to resign.

This week, the audience at the World Darts Championship chanted: “Stand up if you hate Boris,” while Leeds United fans were heard singing, “Boris Johnson is a c***”, at the club’s match with Arsenal last weekend.

Mr Johnson and his wife Carrie were pictured on a sofa at Chequers, the prime minister’s official country residence, speaking to NHS vaccination “heroes” on Christmas Day.