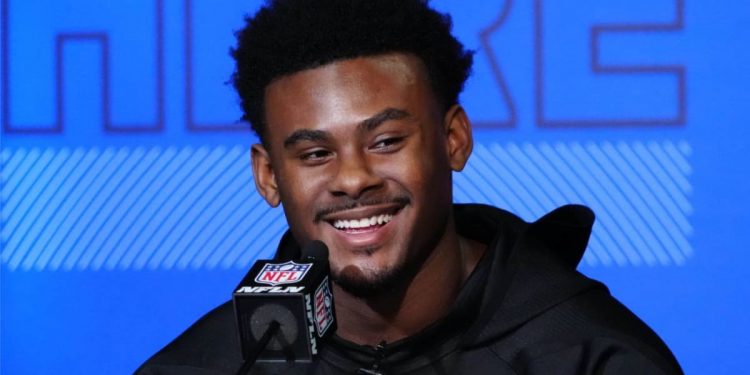 As the NFL gears up for Day 2 of the 2022 NFL draft, four teams have reportedly emerged as possible destinations for top QB prospect Malik Willis.

NFL Network’s Ian Rapoport reported Friday that the Lions, Seahawks, Falcons and Vikings are all believed to be targeting the former Liberty QB. Rapoport referred to the clubs as teams who have “done a ton of homework on quarterbacks.”

Willis, a widely projected first-round pick, slid into Day 2 selections Thursday night. Pittsburgh’s Kenny Pickett ended up being the only QB drafted on Day 1 after landing with the Steelers at pick No. 20.

Of the four teams listed by Rapoport, the Vikings stand out as, perhaps, the most intriguing option. The club inked incumbent starter Kirk Cousins to a one-year, $35 million extension in March, though Rapoport noted Friday the move won’t deter Minnesota from possibly adding Willis. The Vikings currently hold one second-round pick and two third-round picks (Nos. 34, 66, 77) entering Day 2.

The Lions, Seahawks and Falcons all remain in limbo due to their respective question marks under center. Seattle and Atlanta traded their franchise cornerstones this offseason (Matt Ryan, Russell Wilson) and are set to enter the fall with former backups as replacements (Marcus Mariota, Drew Lock). Detroit, meanwhile, is still searching for answers after starting Jared Goff for 14 games and watching former QB Matthew Stafford go on to win a Super Bowl with the Rams.

Should Willis’s name be among the first 10 called as projected, the Vikings would have the best shot at drafting him out of the bunch, barring trades. The Seahawks currently hold back-to-back Round 2 selections at Nos. 40 and 41, followed by the Falcons (No. 43) and Lions (No. 46).

Who Is Bobby Wooten III? 5 Things On The Musician With Katie Holmes – Hollywood Life