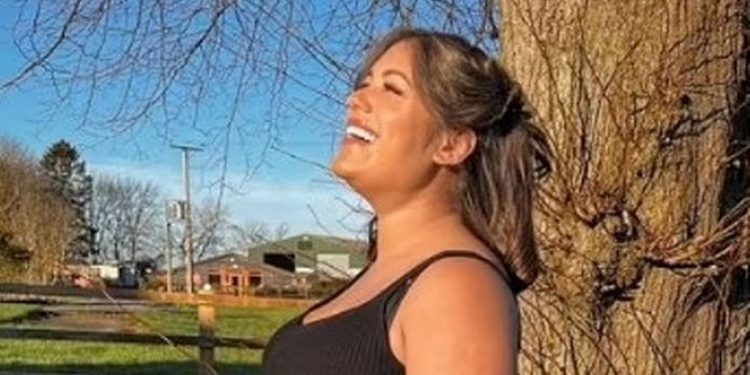 Pregnant Malin Andersson paid a sweet tribute to her late daughter Consy and her parents in an emotional Instagram post on Sunday.

Malin, 29, also lost her mother, Consy-Gloria, to stomach cancer at the age of 65 in November 2017, while her dad died from skin cancer 26 years ago.

She is preparing to welcome her baby girl and posed for a snap as she looked up to the sky.

In the heartfelt post, she wrote: “Staring up at the sky with a huge smile on my face because I know she’s coming soon, and the ones above are protecting her all the way through.”

The post comes shortly after she celebrated what would have been Consy’s third birthday.

She wrote at the time: “Happy Birthday my Angel. You would have been 3 years old today! That is crazy. So much has changed in the 3 years since you’ve been gone.

“You’ve released me from something toxic, you’ve evolved me and you’ve shown me how to be strong. You gave me the tools to survive when you didn’t. Your presence is always near and I feel you all the time.

“I wouldn’t be the woman today if I didn’t have you. You’ll always be a big sister. Keep flying high, Consy.”

Malin shared an image of the youngster with tubes in her nose while in hospital alongside the sweet words.

She also recently spoke of the relief she felt as she passed the 34-week mark in her pregnancy.

She took to Instagram to speak out on the difficulties and “loneliness” she’s experienced throughout her pregnancy and wrote:”Hit 34 weeks today. Made it through that milestone. Rip little Consy.”

Malin then added: “This pregnancy certainly feels more real. I think subconsciously I was waiting for this day to make sure everything would be alright. And I’ve made it.”

Earlier this year, the former islander who appeared on the second series of the hit dating show said that she had been “triggered” after being sent to the same hospital where Consy died for a “check-up” of her latest pregnancy.

Malin with her mum Consy-Gloria
(

She said in October that she was being sent to Great Ormond Street Hospital in London, adding: “This place has me triggered massively. I haven’t been since Consy died.”

And in a post late last year, the TV personality she mentioned experiencing “loneliness” and isolation in her pregnancy – telling her followers that she felt that some friends hadn’t reached out enough.

She said: “It’s just sad having to experience loneliness when this pregnancy has been so tough on me and not joyful, but that’s life.” She however praised her partner for being her “rock.”