Mama Bamboo: Meet the entrepreneur who left her job in the City to make eco nappies


In 2018, Laura Crawford took a huge gamble. She swapped long hours as a management consultant in the City to start a nappy brand.

Fed-up with toddler tantrums and a colicky baby, she launched Mama Bamboo as an alternative to damaging plastic nappies and a lack of eco alternatives.

Here, as part of our new B Corp Beat series – focusing the spotlight on ‘green’ British companies – we find out more… 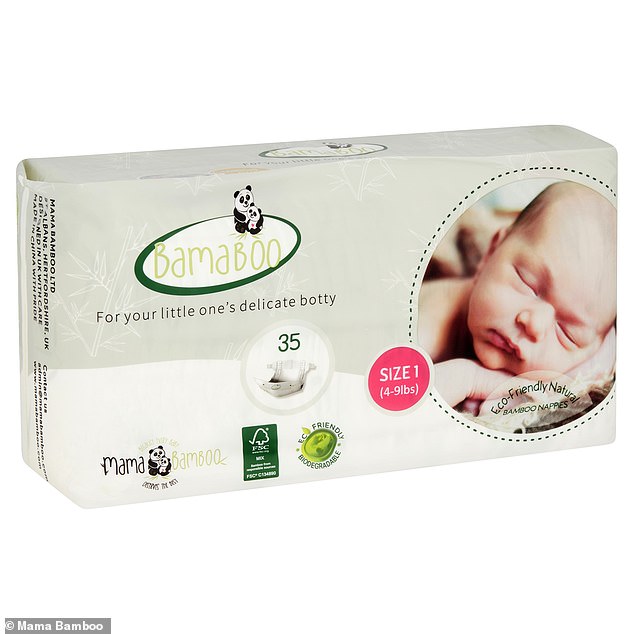 Laura admits she gave little thought to the effects disposable nappies had on the environment when she had her first child.

‘I had no idea what was in a nappy, I hadn’t even considered it and just bought what was on the shelf. I accepted that nappy rash was part and parcel and there was no alternative.’

Like the plastic straws and single use plastic bags David Attenborough warned about in his 2017 documentary Blue Planet II, approximately 8million disposable nappies are thrown into landfill every single day in the UK and can take up to 500 years to biodegrade.

By the time Laura’s son was due she had cottoned on to the effects of single use plastic and sought out alternatives like reusable cloth nappies.

‘As soon as he was born he went into cloth nappies which were a nightmare. I was handling a new born that was too small for the nappies, he was colicky, and my daughter was only 2 years old,’ she says.

‘It was the last straw. I went to find eco disposables and, at the time, there was only one brand and I didn’t get on with them – they were papery, stiff and leaked a lot.’

What is a B Corp?

In our new B Corp Beat series, we are interviewing British businesses which meet these strict standards.

They are described as businesses that are said to meet the ‘highest standards of verified social and environmental performance, public transparency, and legal accountability to balance profit and purpose.’

One the website, it says: ‘B Corp Certification doesn’t just evaluate a product or service; it assesses the overall positive impact of the company that stands behind it. And increasingly that’s what people care most about.’

B Corp was started in 2006 and gives scores to companies in order for them to be verified.

These five areas are: governance, workers, community, environment and customers.

Shortly afterwards, the idea for Mama Bamboo was born.

‘It was during a conversation with a friend who was an expat living over in Singapore – she mentioned that in Asia they had been using bamboo to make nappies for quite a long time.

‘I was surprised because I couldn’t work out how bamboo used in flooring and for plates could possibly be used in a nappy.’

Bamboo has become a popular alternative because it grows quickly and, in the correct conditions, does not need any chemicals, fertiliser, pesticides or irrigation system.

Laura opted for FSC-certified Moso bamboo which is fully sustainable and naturally antibacterial.

In the spring season it can grow between 12 and 15 feet in just three weeks so it is not in short supply.

The bamboo is shipped from China meaning it is still contributing negatively to the environment and not a completely sustainable option.

Mama Bamboo is not the only one creating bamboo nappies: eco brand Cheeky Panda has developed its own range while Boots now produces nappies which use 40 per cent plant-based materials.

By comparison Mama Bamboo claims its nappies currently biodegrade more than 60 per cent in less than three months and can achieve 80 per cent within two years. At this time no nappy can offer 100 per cent.

Laura says that each year, it calculates its carbon footprint and replants enough bamboo to soak up the equivalent carbon within two years.

While Mama Bamboo’s eco credentials may come out on top, the challenge for Laura is convincing customers her products are best. Her immediate plan is to raise investment to expand both the product range and Mama Bamboo’s geographical reach.

Mama Bamboo has slowly built itself up over three years, and because it is mainly an online subscription business, it has not been too hurt by the pandemic.

Customers can save up to 20 per cent by subscribing but the products are still considerably more expensive than plastic disposables. A carton of 35 nappies costs £7.40 while an 80 pack of Pampers costs just £10.

This clear disparity between the two may prove to be a barrier to mainstream uptake.

However, Laura says the company has grown from a turnover of £360,000 last year to being on target for £900,000 this year. As the business grows more, so too does the need for specific expertise at the helm. 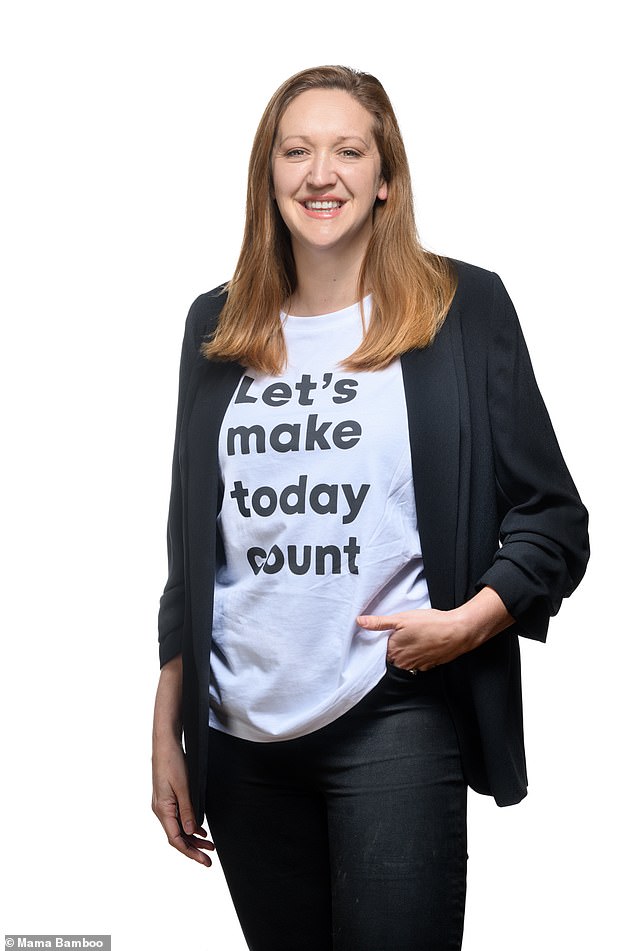 ‘Jennie, who runs the logistics and operations, is my university friend. I brought her in the early days to help me pack boxes and now she’s worked her way up to the head of logistics,’ Laura says.

‘We’ve got to the point where we can see the gaps within the team and I can feel where my amateur working of marketing and sales is holding the business back now.’

As a result, Mama Bamboo has launched a crowdfunding round with ecobank Triodos, targeting £540,000 worth of investment.

The decision to opt for crowdfunding came after Laura was approached by the head of Triodos’ crowdfunding who incidentally used Mama Bamboo’s products.

‘We’re still a start-up. I would personally find it quite hard to ask a single angel investor for half a million pounds. Whereas I felt more comfortable spreading it out amongst a couple of hundred investors, managing the risk a little better.’

The company was forced to abandon selling in the EU through Amazon amid the Brexit uncertainty.

‘We’re at the stage where we’re ready to get back in there. Instead of shipping products to Amazon FBA UK, who handled logistics, I’m looking to have EU distributors that we can ship directly to from China with tailored branding.’

Laura is nothing but ambitious. She also wants to expand the product line into homeware, which would include bathrobes and towels, as well as a range of baby care products and a feminine care range.

Mama Bamboo has carved out its niche. It says it was the first UK company to sell nappies made from sustainably grown bamboo and the only firm in the world whose nappies include fully compostable linings and packaging.

Its eco credentials don’t just stop with its products.

Mama Bamboo launched the #nappyrevolution campaign calling on the Department for Environment, Food and Rural Affairs to change the way councils handle nappy and wipe waste.

And in 2021/22 Mama Bamboo will partner with UCL to develop a sustainable circular economy model for councils to adopt curbside collection of industrial compost waste, including nappies and wipes.

This work prompted one of Laura’s team to encourage Mama Bamboo to apply for a B Corp certification.

Prospective companies have to go through rigorous assessments and is awarded to organisation who achieve as core of at least 80 out of 200 against five areas of impact: Governance, Community, Workers, Environment and Customers.

It led to Mama Bamboo going through the painstaking process of switching banks after the organisation noted there were better and more ethical alternatives.

‘We changed bank to Starling. I hadn’t thought about the fact we were banking with someone who didn’t particularly have an ethical background.’

Over the 11 months it took for Mama Bamboo to be certified as a B Corp, Laura learned more about the audits required, particularly for Chinese suppliers.

‘We were doing it through an independent third party and [the certifiers] pushed us towards some standard international audits that not only will get a standard score but the companies themselves will be more incentivised to try and improve their score because they can use it in their own marketing.’

Mama Bamboo achieved certification in 2020, making it the only UK and European Nappy Company to join the ethical group of businesses.

She says: ‘I love the ethos. it’s not just about the product, it’s about the business and the practices. And they fact you have to use your business for good not just for profit.’