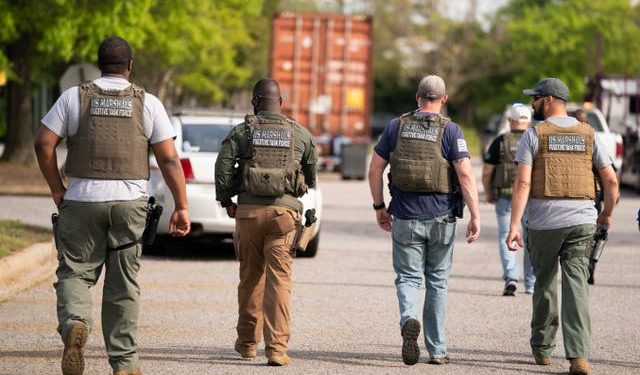 Police have arrested a 22-year-old man in connection with a shooting at a busy shopping mall in South Carolina’s capital on Saturday that left 14 people injured.

Columbia Police Chief WH “Skip” Holbrook said one of three people initially detained by law enforcement as a person of interest remains in police custody and is expected to be charged with unlawful carrying of a pistol. It is not immediately known if the suspect has an lawyer who could speak on his behalf.

Police said 14 people were injured ranging in ages from 15 to 73-years-old, with nine of them shot and the other five suffering injuries while attempting to flee the Columbiana Centre for safety.

Authorities said no deaths have been reported.

The 73-year-old victim is the only person who continues to receive medical treatment with the other victims treated and released or soon to be released.

Mr Holbrook earlier said at least one of the three people initially detained had fired a weapon.

“We don’t believe this was random,” Mr Holbrook said. “We believe they knew each other and something led to the gunfire.”

The shooting is the latest in a rash of shootings at or near malls across the country.

A 15-year-old boy was shot in the head on Wednesday outside Brooklyn’s Atlantic Terminal Mall. His injuries were not believed to be life-threatening. Police said he was with a group of boys outside the mall when they got into a dispute with a second group.

On Tuesday, a southern California shoe store owner mistakenly shot a nine-year-old girl while firing at two shoplifters at the Mall of Victor Valley, police said.

Earlier this month, police said six people were killed and 12 wounded in Sacramento, California, during a gunfight between rival gangs as bars closed in a busy area near the Downtown Commons shopping mall and the state Capitol.

Coursera’s Jeff Maggioncalda: ‘Now we can go after the best people’