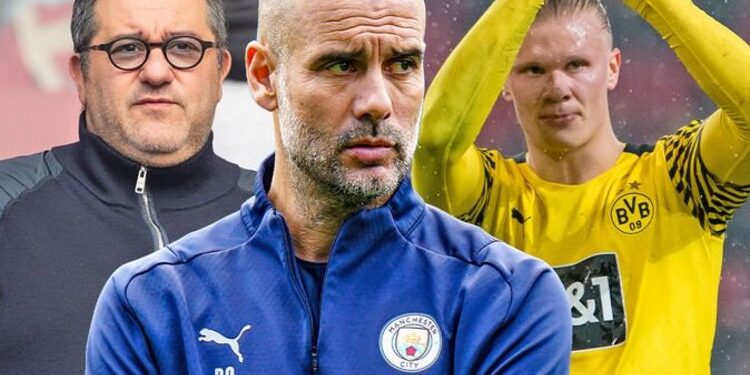 
Haaland has become one of the best strikers in the world since joining Dortmund from RB Salzburg at the start of 2020. During his time at Signal Iduna Park, the 21-year-old has found the back of the net a staggering 82 times in 85 games. And he has also provided 23 assists.

Few players are worth more than Haaland is – but he has a clause in his contract which would allow him to move on this summer for just £63million. And Europe’s powerhouses are now circling.

According to The Star, City held a secret rendezvous with Haaland, his father Alfe-Inge and his super-agent Mino Raiola. And during the meeting, chiefs presented the financial terms they are prepared to offer the player.

“Everyone says City need a striker,” the 61-year-old said as he presented BBC’s coverage of the FA Cup. “They went for Harry Kane last season, they’re going to go for Haaland this season – so it seems the club and Pep agree.”

And Alan Shearer backed City to get the deal done after watching Gabriel Jesus miss a guilt-edged chance against Liverpool. “When you get to this stage of the season and you’re playing such important matches, those little chances make all the difference,” Shearer added. “World-class strikers take those chances. That’s why he [Guardiola] wanted Harry Kane – that’s why he wants Haaland and will probably get him.”