Man City vs Atletico Madrid prediction: How will Champions League quarter-final play out? 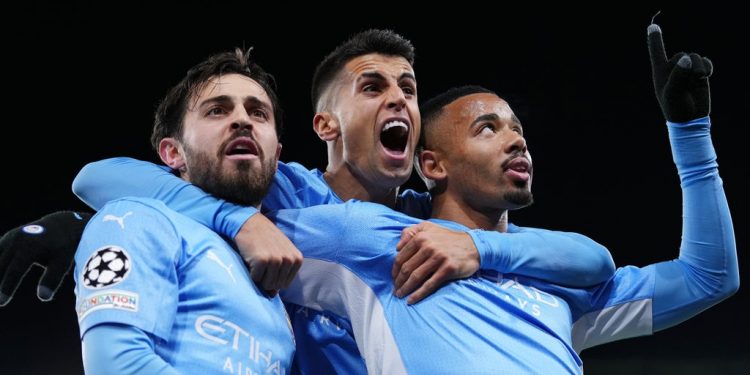 Manchester City welcome Atletico Madrid to the Etihad Stadium in the first leg of the pair’s Champions League quarter-final.

Diego Simeone’s side knocked out Manchester United in the Round of 16 after a narrow second-leg victory at Old Trafford and will hope to again find their trip to the north west of England enjoyable.

They are likely to face sterner opposition in the form of Manchester City, though.

The Premier League leaders cruised to victory over Sporting CP to reach this stage as they again target the Champions League crown so far missing from their trophy collection.

Here’s everything you need to know ahead of the first leg:

The first leg of the quarter-final between Manchester City and Atletico Madrid at the Etihad Stadium is due to kick-off at 8pm BST on Tuesday 5 April.

Viewers in the United Kingdom can watch Manchester City vs Atletico Madrid on BT Sport 2, with coverage due to begin at 7pm BST. Subscribers can stream the game via the BT Sport app or online player.

GOP Rep. Upton, who voted to impeach Trump, will not seek reelection – The Washington Post

Tiny Tina’s Wonderlands: a Borderlands tech rehash – or something new?

Tiny Tina's Wonderlands: a Borderlands tech rehash - or something new?