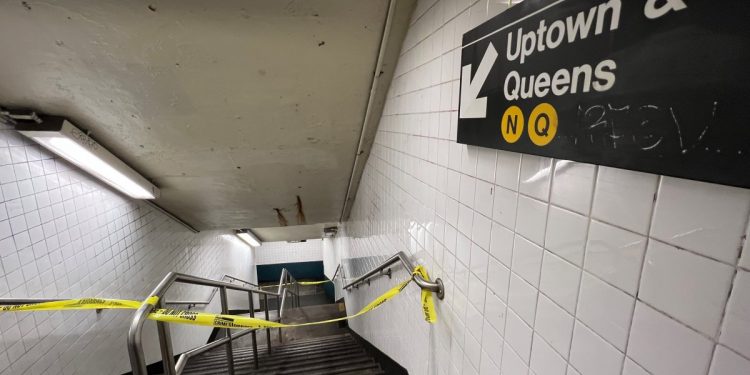 A man died Sunday after he was struck in the chest by a fellow straphanger who pulled a gun and fired at close range in a shooting authorities called unprovoked.

The shooting occurred on a northbound Q train traveling across the Manhattan Bridge around 11:45 a.m., police said at a news conference.

Witnesses told police the suspect paced back and forth in the train’s last car before displaying a firearm and shooting a 48-year-old rider “without provocation.” There’d been no prior contact between the two men, they said.

Police said the gunman fled the Q train after it pulled into its next stop at the Canal Street station. Officers were called to the station where they discovered the victim with a gunshot wound to his torso.

Emergency crews rendered aid and transported the man to Bellevue Hospital where he later died from his injuries, police said. His identity was being withheld pending family notification.

Transit officers were reviewing MTA surveillance video in hopes of tracking down the suspect and his movements throughout the transit system.

The shooting disrupted service for N and Q trains, which were rerouted to the R line between Dekalb Avenue and Canal Street.