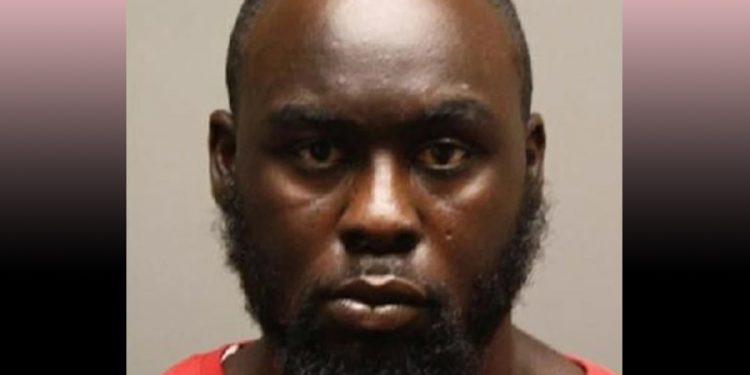 A New Jersey man will be spending life in prison — and then some — for crimes so brutal the judge called the bloody scene a “house of horrors.”

On Friday, Jeremy Arrington was sentenced to 375 years in prison — three consecutive life sentences — for fatally stabbing Ariel Little Whitehurst, 7, and her brother, Al-Jahon Whitehurst, 11, and fatally shooting college student Syasia McBurroughs, 23, a friend of the family who happened to be visiting their home on November 5, 2016.

The Essex County Prosecutor’s Office said in a release that the 32-year-old had known the victims for years, and attacked the family after he became irate over a Facebook post. According to NJ.com, one of the family members had reposted an alert on the social site about Arrington being wanted in connection with a previous shooting and sexual assault.

An outraged Arrington then reportedly broke into the Whitehursts’ Newark apartment with a loaded gun; he tied up everyone inside and “proceeded to torture them by stabbing them with kitchen knives,” per the release. The two children died of their stab wounds. Arrington then shot and killed McBurroughs, who was pronounced dead at the scene.

The suspect stabbed three other victims during the attack — the children’s 29-year-old mother and 13-year-old twins, who are the siblings of the 29-year-old — who were able to be saved by emergency medical personnel. Prosecutors said in the release:

“Police were able to respond because a young girl with autism, who is unrelated to the family and was just visiting, escaped and called for help from her phone in a closet.”

“Justice has been served. This defendant is pure evil and clearly deserves all 375 years in New Jersey State Prison for the terrible crimes he committed on Nov. 5, 2016. These families have waited over 5 years for this moment, and we are all so grateful for this sentence. Thank you to all those who helped bring this defendant to justice and thank you to the jury for holding this defendant accountable.”

Let’s hope this sentence helps the family of his victims begin to heal.