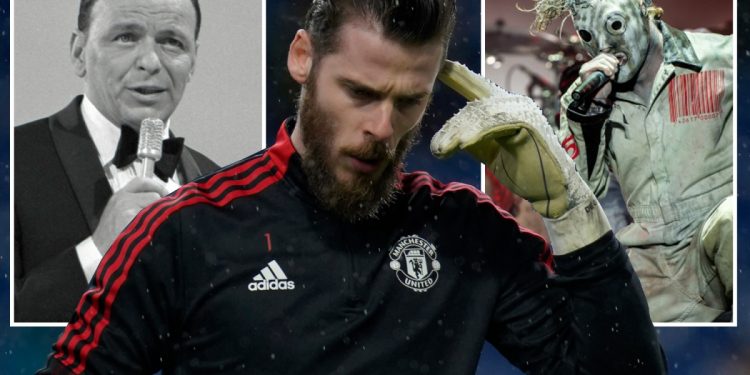 
DAVID DE GEA has revealed that SLIPKNOT are to thank for his hot form this season.

De Gea, 31, is on course to win Man Utd’s Player of the Year award in a tough season for the Red Devils.

The No1 is due to be rewarded with a new contract this summer.

And the Spanish goalkeeper has opened up about the musical influences that get him in the right frame of mind.

He told Uefa.com: “It started when I was a child. I used to spend my summers in Alicante with my parents.

“There were some other boys around, a bit older than me, and they would listen to this kind of music, so I’d listen too.

“I love heavy metal and rock. It really motivates me. I love Slipknot, Avenged Sevenfold, System of a Down. I also like Bullet for My Valentine.

“I love a bit of everything, anything you can think of, Sinatra, for example. I love Spanish music as well. Honestly, I listen to everything.”

One of the 31-year old shot stopper’s best abilities is playing out the ball from the back.

And it seems De Gea’s talent with his feet maybe something to do with his eclectic taste in tunes.

He added: “Am I a good dancer? Well I’m not a bad mover given how big I am.

“I have a good sense of rhythm. I don’t dance like Michael Jackson, but I’m OK, honestly.

“I’m a nice dancer, a standard one really, decent.”

The Madrid-born netminder will next have his pre-match playlist on when United face Watford at Old Trafford this Saturday.