Man with 200 tattoos says people ‘villainize’ him over ink 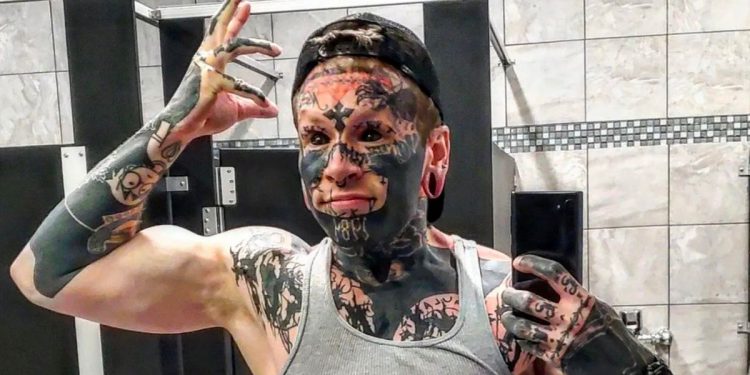 
A tattoo obsessive who has spent an enormous £38,400 on body modifications to look like a “demon” has revealed people judge his appearance.

Soren Lorenson, known as Neon Demon, has over 200 inkings including on his eyeballs and all over his face.

The American man, from Tampa, Florida, is comfortable with his unique look and claims it’s helped him with his mental health.

However, he says people often villanise him for his inked up appearance.

Speaking to the Sun, the pizza restaurant worker claimed he got a range of reactions from people some of which were not kind.

Others were fascinated by his intricate tattoos – including a cross between his eyes and blacked out cheeks – and many said he looked “scary”.

Plus, some people have approached the lad and asked him why he would get such tattoos or what is wrong with him.

Soren stated that he had to grow used to the reactions, and now is “desensitised” to it.

The tattoo fan said: “I usually don’t mind answering questions or having an intellectual conversation on the subject with a stranger as long as they treat me with respect.

“The general sentiment that I keep running into is that some people see me and instantly view me as less of a person or even a bad person.”

And, it seems that people’s reactions are generally worse on the internet rather than in person.

Soren believes this is where people are more honest online.

He added: “Psychologically I get villainized sometimes because inwardly they think ‘wow what would make him do that to himself? He must be crazy’.

Despite the sometimes cruel reactions, Soren plans on getting more tattoos soon.

He wants a “bone-teeth” style design on his shoulders and arms and another inking on his scalp.