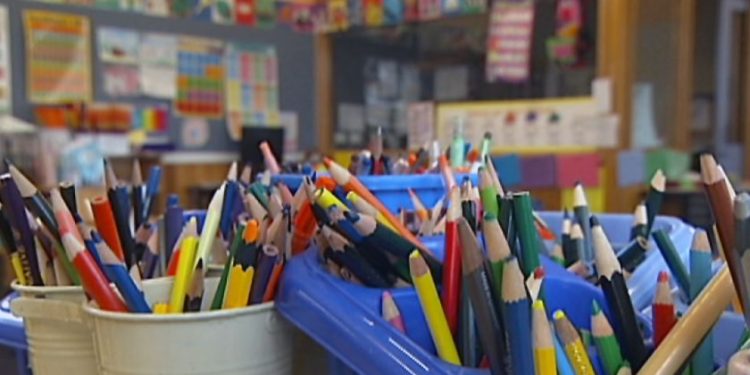 
Schools are shaping up as a major test of the McGowan government’s handling of the COVID-19 pandemic.

Less than a week before the 2022 school year kicked off, Premier Mark McGowan and his Education Minister, Sue Ellery, launched their “safe return to school” plan.

“Schools will be the first to open and last to close,” Ms Ellery said.

By the end of the first week of school, however, six schools had reported COVID-19 outbreaks, sending many students and teachers into isolation for two weeks, and the entire campus of Corpus Christi Catholic high school had shut down.

At least one new school has reported an outbreak this week, with teachers and students sent home.

LIVE UPDATES: Read our blog for the latest news on the COVID-19 pandemic

But at least their mandated time away from school has been cut from 14 to seven days, thanks to new definitions of close contacts introduced by the government this week and encouraged by school principals concerned about the interruptions to education.

Now schools and parents have a fresh challenge: Schools have been scrambling to understand and communicate rapid changes in COVID-19 policy in the past week.

On Tuesday, the West Australian government introduced new rules to help schools manage a higher number of COVID-19 cases, but some of them are proving confusing.

For example, school balls can go ahead but whole school assemblies are a no-no.

Outdoor sports carnivals are okay but school orchestra and choir rehearsals are not.

Volunteers can work at the canteen but not in the classroom.

Association of Independent Schools of WA executive director Valerie Gould said schools were working hard to clarify the rules and communicate them to their community.

“The last few days for schools have been difficult,” she said.

“It’s the uncertainty and the rate at which things are changing,” she said.

As Ms Ellery explained on ABC Perth on Wednesday, the government is trying to juggle its priority of reducing the risks of infection while allowing schools to function.

A good example of this is the West Australian government’s decision to change the definition of a close contact this week, something that Ms Ellery said could also increase the risk to children.

“What that means is there will be more positive cases,” she said.

“So how do we protect children, who are not yet all vaccinated, and maintain school as we want it to be, which is as normal as possible?”

Data from WA Health shows that 97 children have tested positive to COVID-19 locally this year, including 52 aged between 12 and 17 years, and 29 aged between 5 and 11 years.

But, the department says, that only a small percentage of these children were infectious while at schools, which have only been open for eight days.

It seems that part of the problem lies with the communication channels between key members of the government who are making the decisions, WA Health, schools and their communities.

On one level, the government has been at pains to maintain an image of having everything under control.

Health Minister Amber-Jade Sanderson stressed at her media conference on Wednesday that the government was rolling out its rules in a “planned and methodical way”.

However, it certainly hasn’t appeared this way in the education system for the 2022 school year.

While no one doubts the need for quick decision-making in response to changing circumstances, anyone who has ever worked in government, or in schools, knows that bureaucracy is rarely nimble nor simple.

Western Australia has more than 470,000 school students at government, Catholic and independent schools who must follow WA Health directions.

However, independent schools might also introduce measures beyond these guidelines, which also creates potential for confusion.

For example, Perth parent Kate — who has been working from home since Saturday with her two young daughters after a teacher at their Catholic private school tested positive — told the ABC about her frustrations in navigating this environment.

“It’s a challenge for parents who have been given conflicting information,” she said.

She said a West Australian government website said any close contacts with no symptoms could take a rapid antigen test (RAT) on day seven before leaving isolation.

But then, on Wednesday, the school — Iona Presentation College — told her in a text message that her daughters would not be allowed back unless they showed evidence of a negative PCR test.

“In order to return to Iona on Friday, you need to attend a COVID clinic and get a PCR test today. A RAT test will NOT suffice,” the text message said.

While there’s a lot of generosity towards the government from the community as it irons out these problems, its political capital will start to drain if every week is like the past week.

You get the feeling it’s going to be a long first term for everyone, from the Education Minister down.

Kenya Luxury Safari from the UK: Fun Things to Do