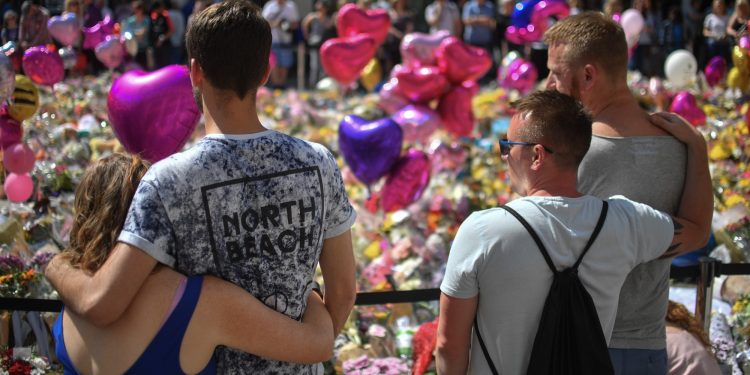 
“Now we know that wasn’t the case,” he said. “The fact was that this could and should have been prevented and we just can’t get over that.”

A public inquiry into the bombing has been exploring the circumstances leading up to and surrounding the bombing and is due to publish its findings later in the year.

A senior MI5 officer later conceded that it was a mistake not to question the bomber after he returned to the UK from Libya four days before the attack.

Mr Hett said he “can’t understand” why Abedi was not a person of interest, because he had “at least eight” known terrorist contacts.

“He also visited a convicted terrorist in prison on two occasions,” he said. “If he’d have been classed as a person of interest, he would have been stopped and searched.

“[It’s] highly likely they would have found something in his personal luggage or on his person that would have led to them knowing that he was going to try and commit a terrorist attack.”

He also criticised the arena’s operators SMG, its security company Showsec and British Transport Police (BTP) for failing to prevent the attack.

A spokesman for BTP told BBC News it recognised that there had been a number of “systematic failings”, but added that “substantial changes” had been made since the bombing. SMG and Showsec are still to comment on the matter.

Mr Hett made similar comments last year when he said the bombing “should have been prevented” and claimed that those who lost their lives were “failed on every level”.

Ariana Grande also paid tribute to the Manchester Arena victims to mark the fourth anniversary of the attack last May.

Meanwhile, a new BBC Panorama documentary was recently aired on the family of the youngest victim of the Manchester Arena terrorist attack.