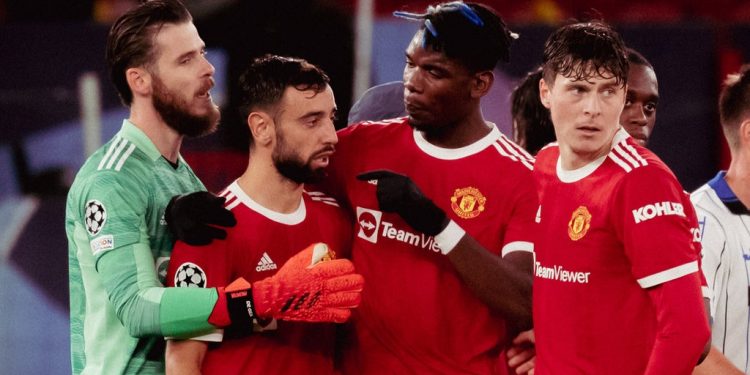 Ralf Rangnick could be boosted by the availability of Paul Pogba as Manchester United host Middlesbrough in the fourth round of the FA Cup.

The French midfielder has been out since early November but is seemingly fully fit, and could figure alongside a host of returnees.

Middlesbrough were below their best last time out against Coventry but ground out a 1-0 win, and will hope to pounce upon a side still adjusting to their new German manager.

Chris Wilder, then manager of Sheffield United, won on his last visit to Old Trafford, and will hope talented Slovenian Andrez Sporar can continue his impressive season.

Here’s everything you need to know ahead of the fourth round tie:

The match at Old Trafford is due to kick-off at 20.00 GMT on Friday 4 February.

The fourth round tie will be shown live on ITV in the United Kingdom, with coverage beginning at 7.30pm. Those signed up to the free ITV Hub can stream the game via the app or website.

Paul Pogba could make his return to action for Manchester United after making the final steps of his recovery during the winter break. Eric Bailly may also be in contention after the Ivory Coast’s exit from the Africa Cup of Nations, and may be joined in the defensive selection mix by Luke Shaw, Victor Lindelof and Aaron Wan-Bissaka, who should be available after missing Manchester United’s last business before the break. Mason Greenwood will not return to training or matches until further notice.

Ralf Rangnick reportedly riled Dean Henderson by selecting David De Gea in goal against Aston Villa in the third round, and may be tempted to attempt to rebuild bridges by giving the goalkeeper a start.

Arsenal loanee Folarin Balogun snared an assist from the bench against Coventry, and Chris Wilder may be tempted to give the youngster a start ahead of fellow temporary signing Aaron Connolly, who has struggled to make an impact since arriving from Brighton.

James Lea Siliki is part of the Cameroon squad at the Africa Cup of Nations, and thus unavailable, though the midfielder has not played a single minute under Chris Wilder and unlikely to figure regardless.