Federal Reserve officials are now say saying inflation is “not transitory and they’re hoping it’ll reduce, and we don’t know — we’ll have to wait and see,” Manchin said at The Wall Street Journal’s CEO Council Summit.

“The unknown we’re facing today is much greater than the need that people believe in this aspirational bill that we’re looking at. And we’ve got to make sure we get this right. We just can’t continue to flood the market as we’ve done,” he added.

Manchin’s comments come as Senate Majority Leader Chuck Schumer pushes for his chamber to pass Biden’s $2 trillion social-spending and climate package by Christmas. The legislation already scored the House’s approval last month, so Biden can sign the Build Back Better Act into law if the Senate acts and the two chambers reconcile their versions of the measure.

Democrats need Manchin’s support to advance the legislation through a process known as budget reconciliation because the Senate is split 50-50 and no Republicans are supporting the Build Back Better Act.

When asked Tuesday about Schumer’s goal of passage by Christmas, Manchin said the New York Democrat is “in charge of the calendar, so wherever he’s going to set it, and it’s time to vote, we vote.”

But he also criticized moves to reduce the bill’s price tag by shortening the duration of some proposed programs.

“One goes for three years, one goes for one year, and maybe one other one might go for the full 10 years. Do they not intend for those programs to last the full time 10 years? Well, if you intend for that to happen, what’s the real cost?” he asked.

From the archives (September 2021): Manchin, drawing flak for holding up Biden’s agenda, says Democrats should ‘elect more liberals’ if they want bigger spending

Manchin previously has expressed opposition to parts of the House version of the bill, including a plan for paid leave and a $4,500 tax credit for electric vehicles made in unionized U.S. factories. He’s also has raised concerns before that a big spending package potentially would make high inflation even worse.

Also see: Biden’s big social-spending bill probably will pass Senate this month without many cuts to it, analysts say 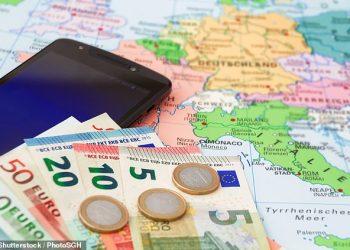 In the offices of AltCoin,...

Dear Quentin, My grandparents had...