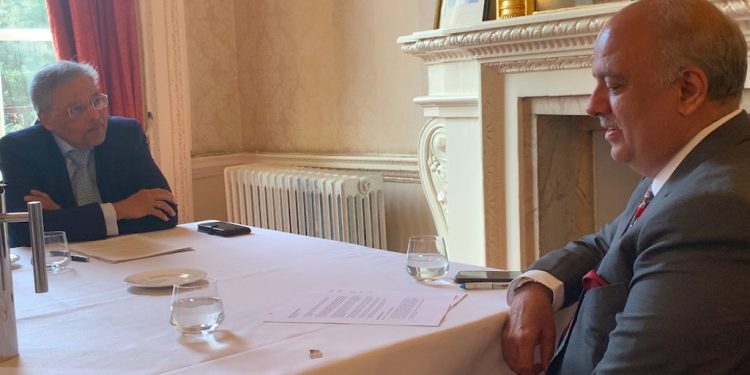 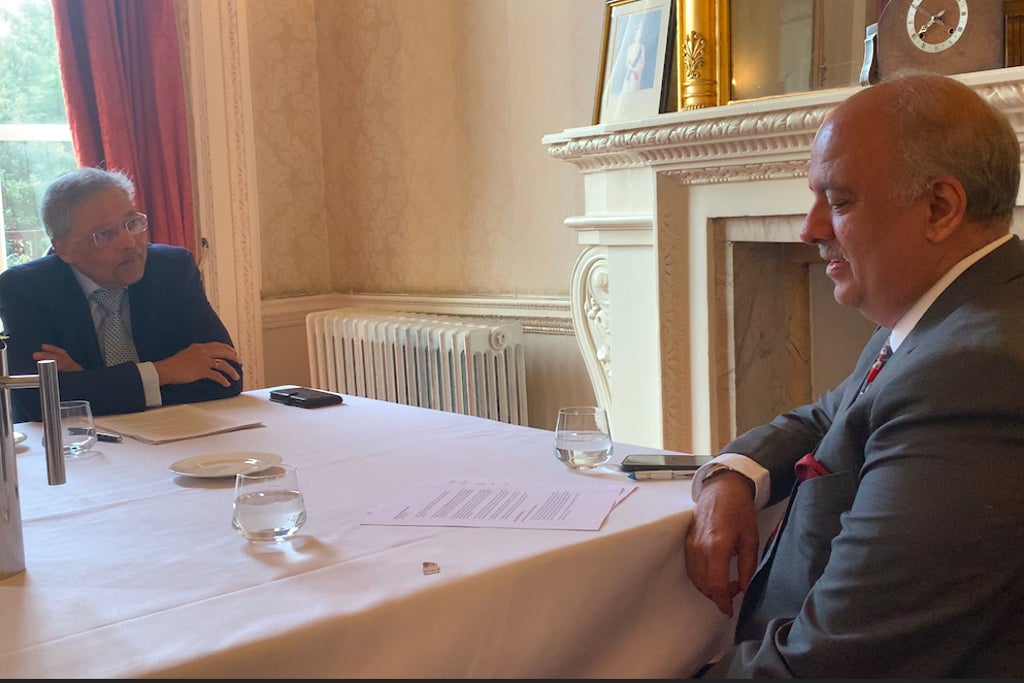 pledge made at Cop26 to restore vital coastal regions with mangroves in the battle against global warming are now under way, it has just been confirmed.

India will be the first of 10 Commonwealth countries who have joined the project that is being viewed as a significant move to replant the “forests of the sea”.

The news was given by Shekhar Mehta, the world president of Rotary International, during a four-day visit to London which included attending meetings at the House of Commons, the House of Lords and with the Lord Mayor of London.

In a wide-ranging interview with journalist and broadcaster Mihir Bose, Mr Mehta told how he had met with leaders of many of the countries that were represented at a special forum on the mangroves project brought together at Cop26 by Rotary International and Baroness Scotland, the Secretary General of the Commonwealth.

Mr Mehta said he had been convinced of the crucial importance of mangroves by personal experience of the devastation from the 2004 tsunami. After the Cop26 pledge he had found the leaders of those countries eager to be a part of the Rotary International/Commonwealth project. He said he would tell the climate change doubters: “Where there is not supposed to be rain, there is flooding, when there is supposed to be rain, there are droughts. I would take him to one of the places where there is deforestation. This is not how the world was created.”

The first scheme is beginning in Kolkata (Calcutta). He had support from the other countries and was talking with them about when their projects would begin. He said he would hope to bring more into the project

He said: “We may not have the answer to all the problems. The mangroves by Rotary isn’t going to turn the climate change issue. There are other projects, plastics for example. Different countries and organisations will find their own solutions. Each of us has that one drop of water and Rotary’s contribution is the mangroves project. ”

Dr Nicholas Hardman Mountford, Head of Oceans and Natural Resources at the Commonwealth Secretariat, said: “The Commonwealth is home to over a third of the world’s mangroves and they provide essential coastal protection, food security and livelihoods for millions, as well as helping mitigate climate change through their highly efficient capturing of CO2 from the atmosphere.

“This is why in 2018, Sri Lanka stepped forward to champion a Commonwealth Blue Charter action group on mangroves that is bringing Commonwealth countries together to share knowledge and best practices in mangrove restoration and management. We are delighted to be partnering with Rotary International through the Blue Charter to take forward local mangrove projects across our Commonwealth.”

Chiefs trade Tyreek Hill to Dolphins for five draft picks, including a 2022 first-rounder

Chiefs trade Tyreek Hill to Dolphins for five draft picks, including a 2022 first-rounder