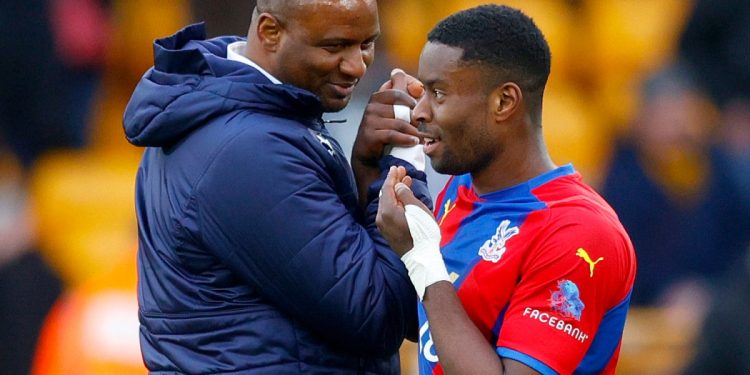 
PATRICK VIEIRA wants Marc Guehi to take his time deciding whether to play for England or Ivory Coast.

Guehi was born in the west African country before moving to London and the Ivorians want him to play for them.

The centre-half, 21, realistically has to make a decision before June when England play Nations League games.

Palace boss Vieira was born in Senegal but opted to play for France and the former Arsenal midfielder, 45, has urged Guehi to weigh up his options.

Vieira said: “If he came to me I would talk to him about it but I am not going to give him the answer.

“The answer has to come from him.

“And he will make the right decision for himself and his family, I have no doubt about that.”

With on-loan Chelsea midfielder Conor Gallagher also involved, the Eagles had three first-teamers in an England squad for the first time since 1991 — which pleased Vieira.

He said: “When you play at that level at Wembley you do expect to see some nerves. But they didn’t show anything and that really surprised me.

“Yes they have talent but they also have personality and character to deal with the pressure that comes with it.”

Ivory Coast chief Patrice Beaumelle says he picked up a hamstring tear against England but Vieira said: “I don’t know how he knows that, maybe he has information that I did not have.”