Mariska Hargitay says Benson’s ‘been in love’ with Stabler 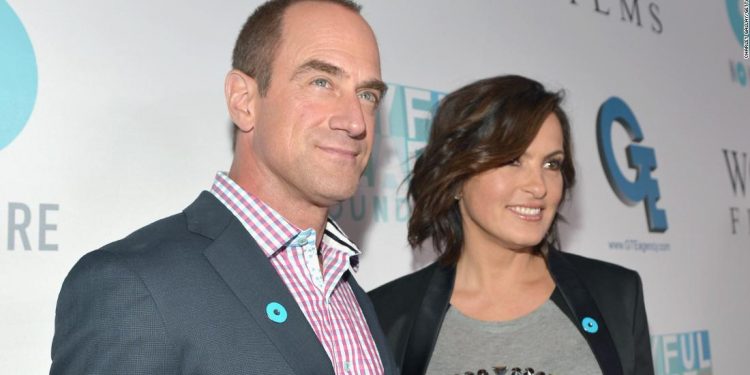 During a recent appearance on Drew Barrymore’s daytime talk show, Mariska Hargitay was asked about her “Law & Order: SVU” charatcer Olivia Benson’s relationship with former partner Elliot Stabler, played by Christopher Meloni.
After a decade of being apart, the characters have reunited and Stabler is on a new show, “Law & Order: Organized Crime.”

Barrymore pointed out that with the death of Stabler’s wife, he is free to explore a romantic relationship with Benson.

“He is free, and I think he’s got eyes for me,” Hargitay said. “But Olivia Benson is hurt! I mean, he left me in a lurch for 10 years. She’s frightened.”

But that doesn’t mean there’s not a possibility of coupledom, according to Hargitay.

“The energy’s there,” she said. “Olivia’s been in love with him for many a year.”

Just don’t get your hopes up for it to happen anytime soon.

“I think that we are slowly finding our way back to it, but I want to give him the amount of time he needs to grieve [his wife] Kathy Stabler,” Hargitay said.

Is Your Dog Allergic to Sweaters?

Is Your Dog Allergic to Sweaters?