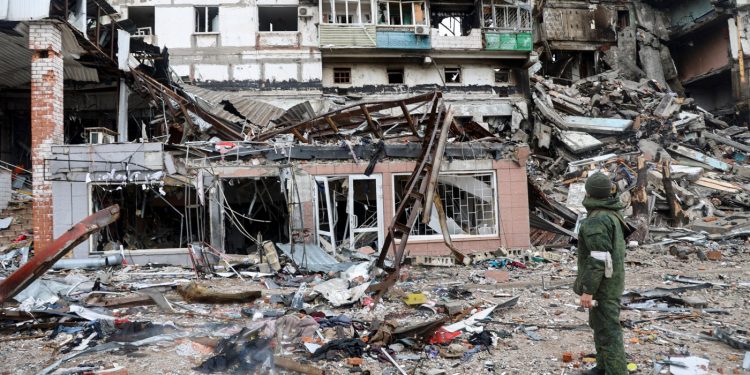 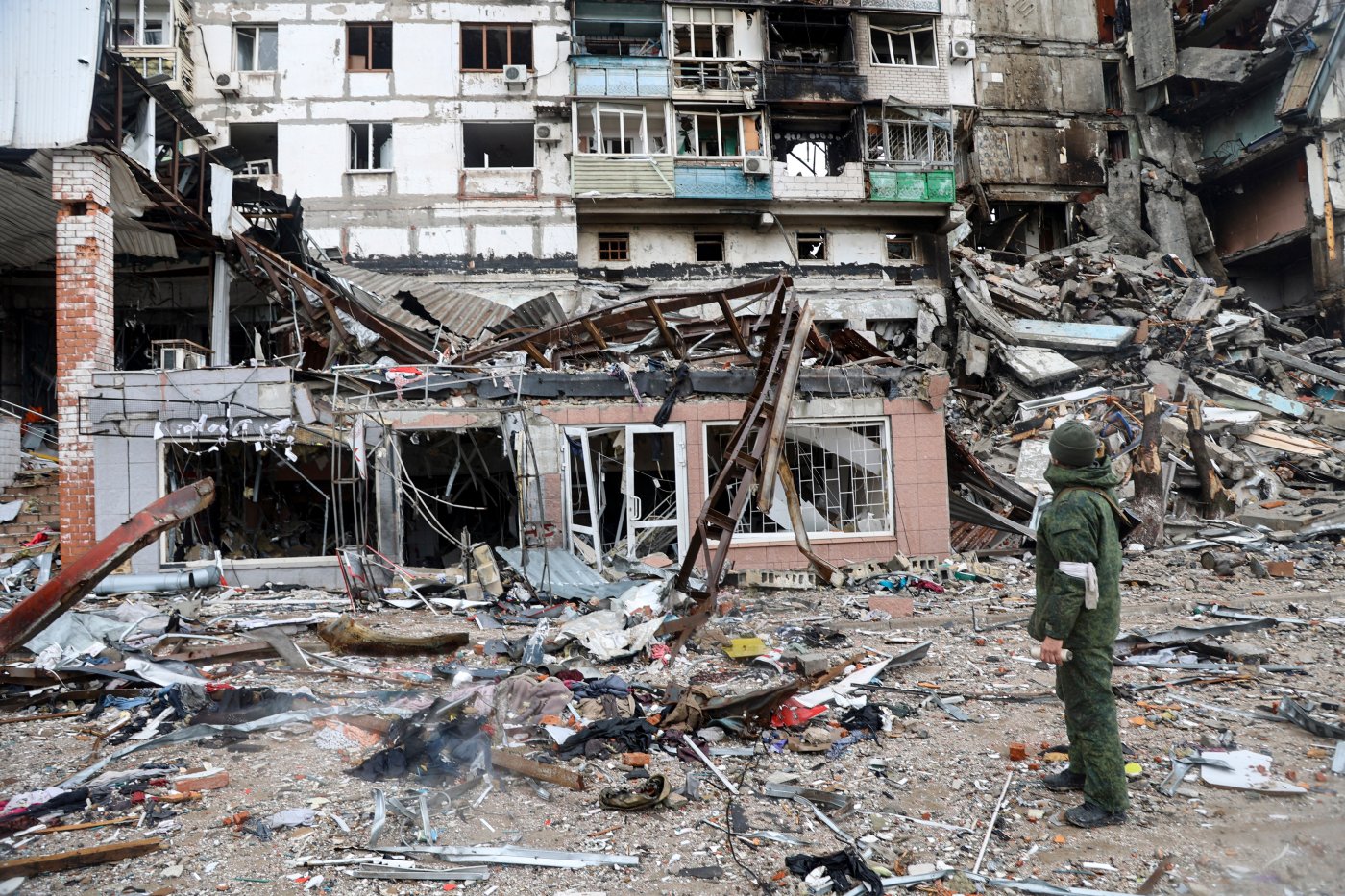 SEVERODONETSK, Ukraine — A Russian deadline for Ukrainian troops to surrender in the devastated port city of Mariupol came and went Sunday in a pitched battle whose outcome could change the course of the war.

A few thousand Ukrainian fighters bunkered in the Azovstal steelworks plant were offered a chance to lay down their arms, according to the Russian Defense Ministry. But the Ukrainian side appears to have rejected the offer, and Russia’s military warned that troops who refused “will be destroyed.”

In an address to the nation, Ukrainian President Volodymyr Zelenskyy acknowledged that the strategic coastal city was on the verge of being lost, saying Ukraine’s troops were outnumbered 6 to 1 and the situation there “remains as severe as possible.”

“(It’s) just inhuman,” he said. “Russia is deliberately trying to destroy everyone who is there.”

Mariupol has endured almost two months of fighting and has become one of the starkest examples of Moscow’s brutal tactics in the invasion of its smaller neighbor. Thousands have been killed. An estimated 100,000 civilians remain — its prewar population was 450,000 — in siege conditions, with no food, water or heating, local officials and aid groups say. Much of the city is now under Russian control.

But Mariupol has become a symbol of defiance for Ukrainians, a battered city of mass graves that refuses to bow even as many of its buildings lie in ruins and humanitarian aid has been blocked.

A takeover of the city, which lies on the Sea of Azov, would be a significant victory for Russia in a war marked more by its forces’ missteps. A win there would not only provide a land bridge from the east to Russian-annexed Crimea, but would also free up Russian forces to move north and link up with the other thrust of the Russian offensive coming from the city of Izyum, some 144 miles north, and complete their encirclement of Eastern Ukraine’s Donbas region, the stated objective of the second phase of Russia’s invasion.

The escalating battle for Mariupol comes as Russian troops press their offensive on cities and towns in the east. On Sunday, the United Kingdom’s Defense Ministry said Russia was deploying additional combat and support equipment from Belarus to locations close to Kharkiv and Severodonetsk.

“Russian artillery continues to strike Ukrainian positions throughout the east of the country” as part of what the defense ministry said was a shift “in its operational focus.”

At the same time, Russia continued its campaign of strikes in other parts of the country in what it has described as retaliation for Ukrainian attacks on Russian territory. Sunday morning brought fresh reports of explosions in Kyiv, Kharkiv and the Western city of Lviv.

The capital, which was heavily bombarded at the outset of the war, had enjoyed a period of relative calm after Russian forces broke off an offensive in Ukraine’s north at the beginning of this month. Lviv, which has become a western outpost for aid organizations and displaced families fleeing toward Poland, had seen only sporadic attacks.

The renewed assaults came after Russia was humiliated by the sinking of its most important warship in the Black Sea. Ukraine says its forces struck the ship — an assertion backed by U.S. officials — although Russia maintains the ship was not attacked and sunk while being towed to port after suffering a fire.

Meanwhile, in the eastern city of Lysychansk, a few miles from the front line with Russian forces and one of the easternmost points of Ukrainian control, a tense calm pervaded as residents went about their morning shopping ahead of Palm Sunday.

But in nearby Severodonetsk, workers brought a fresh batch of corpses in body bags to the southern edge of the city, even as a bulldozer dug out a fresh furrow to place in the expanding cemetery. Once workers heaved the bodies into the grave, the bulldozer pushed the displaced earth over them.

It was hard but also dangerous work, said Michael Padgaynyi, a white-haired volunteer with a humanitarian organization in town who was sweating in the morning sun.

“We’re every day under artillery shelling. Some people from our personnel have been wounded,” he said, pleading for sets of body armor so they could do their grim work with some measure of safety.

In the distance, a volley of artillery could be heard.

“We’re just waiting for the big offensive from the Russian side,” he added.

Moments later, a truck drove up to the cemetery, bringing another group of bodies to be buried.

(Bulos reported from Severodonetsk and Linthicum from Mexico City.)