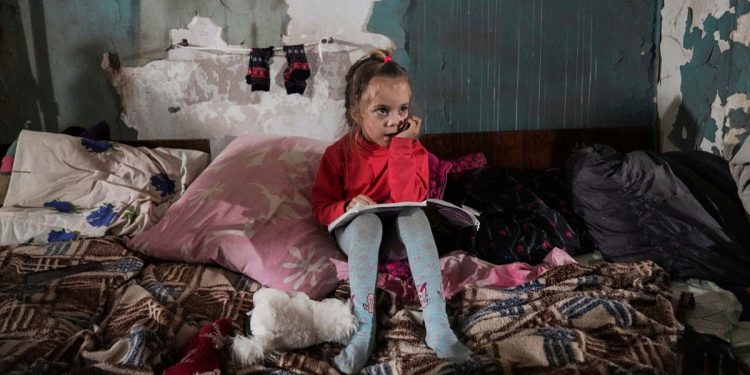 As the Russian siege continues in Ukraine’s port city of Mariupol, officials say conditions are getting progressively worse for civilians who remain in the region.

“Thousands of Mariupol residents who managed to escape Russian bombs are starving to death in the captured Mangush and Melekin,” Pavlo Kyrylenko, the Head of the Donetsk Regional Military Administration, said in a Facebook post.

Mariupol faced heavy shelling and bomb attacks this week that killed thousands and destroyed, among other buildings, a maternity hospital, a mosque, and a theater being used as an emergency shelter. 130 people were rescued from the theater rubble, approximately 1,300 remain unaccounted for.

“The fighting is already in the city itself,” the Wall Street Journal reported an official from the mayor’s office said via text message. “But Mariupol remains a Ukrainian city.”

Remaining residents face limited food and water supplies, as well as the risk of being targeted by Russian forces in humanitarian corridors.

“This is a crime against humanity!” Kyrylenko’s post continued. “We demand from the occupation administration to follow the rules of warfare and provide civilians with water and food, as well as give them the opportunity to leave the combat zone!”

In addition to deteriorating conditions, CNN reported thousands of Ukranians remaining in the area are being forcibly moved into Russia.

“Over the past week, several thousand Mariupol residents have been taken to Russian territory,” CNN reported the city council said in a statement. “The occupiers illegally took people from the Livoberezhny district and from the shelter in the sports club building, where more than a thousand people (mostly women and children) were hiding from the constant bombing.”

Residents had their phones and documents checked before some were rerouted to remote areas of Russia, CNN reported. The “fate of the others is unknown,” the city council’s statement said.

“What the occupiers are doing today is familiar to the older generation, who saw the horrific events of World War II, when the Nazis forcibly captured people,” Mariupol Mayor Vadym Boichenko said in the statement referenced by CNN. “It is hard to imagine that in the 21st century people can be forcibly taken to another country.”