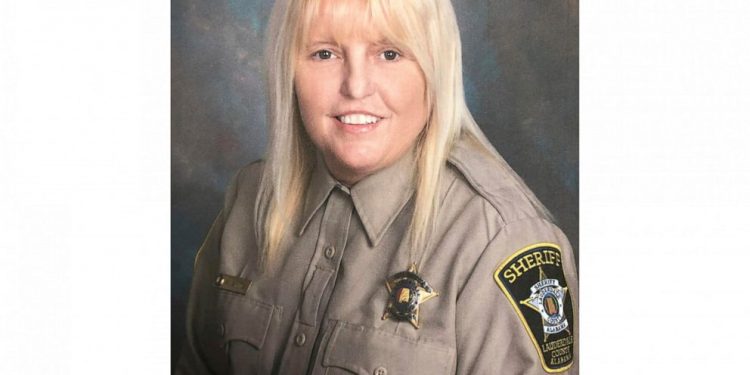 Lawyers for voters seeking to bar the far-right Republican Marjorie Taylor Greene from Congress over her support for the January 6 insurrection have accused her of lying in a hearing in the case.

In a filing Friday, lawyers for groups challenging Greene said a text from the Georgia congresswoman to then White House chief of staff Mark Meadows, released by the House committee investigating January 6, shows she lied in testimony.

At the hearing in Atlanta earlier this month, a fractious affair in front of an administrative judge, Greene said she could not recall advocating for Donald Trump to impose martial law after the Capitol attack, as the then president sought to remain in power despite losing the 2020 election to Joe Biden.

In the text message released this week, Greene told Meadows on 17 January 2021, 11 days after the riot and three days before Biden’s inauguration: “In our private chat with only Members several are saying the only way to save our Republic is for Trump to call Marshall [sic] law.

“I just wanted you to tell him. They stole this election. We all know. They will destroy our country next.”

As reported by Bloomberg News, attorneys for Greene’s challengers said: “Greene’s testimony at the hearing that she could not remember discussing martial law with anyone was already dubious.

“This text with President Trump’s chief of staff makes her testimony even more incredible because it seems like the kind of message with the kind of recipient that a reasonable person testifying truthfully would remember.”

“It’s just another outrageous fabrication that we have been seeing from the other side throughout this case, because they don’t have the law on their side.”

The attempt to push Greene off the ballot in the Republican primary is based on section three of the 14th amendment to the US constitution. Ratified in 1868, shortly after the civil war, the amendment bars from office anyone who has taken an oath under the constitution but then engaged in insurrection.

A bipartisan Senate committee linked seven deaths to the Capitol attack, which occurred after Trump told supporters to “fight like hell” in service of his lies about electoral fraud.

Riot participants have tied Greene to their cause. She has repeated Trump’s lie that the election was stolen but also denied links to rioters and said she was not calling for political violence when she backed Trump’s claims.

In the immediate aftermath of the Capitol riot, Greene was one of 147 Republicans in the House and Senate who objected to electoral college results.

The groups challenging Greene have challenged other Trump supporters.

An effort to exclude Madison Cawthorn, from North Carolina, failed when a judge said an 1872 civil war amnesty law was not merely retroactive. Attempts to eject two Arizonans, Paul Gosar and Andy Biggs, were also rejected.

The judge in Greene’s case has said he will soon make a recommendation to Brad Raffensperger, the Georgia secretary of state, who will then rule.

Raffensperger is a conservative Republican but also the official who blocked Trump’s attempt to overturn his defeat in Georgia. Raffensperger has said that caused him to fear for his safety.

Greene appears in This Will Not Pass, a hotly anticipated new book by two New York Times reporters, both in her relation to the January 6 attack and as a thorn in the side of congressional Democrats.

“If there was one Republican who had shown she had no business serving in Congress,” Jonathan Martin and Alexander Burns write, “Democrats believed it was” Greene.

The House speaker, Nancy Pelosi, though, “thought it would be pointless to try expelling Greene from the House. Even if an expulsion vote succeeded, the speaker believed Greene would easily win a special election in her district and return.”