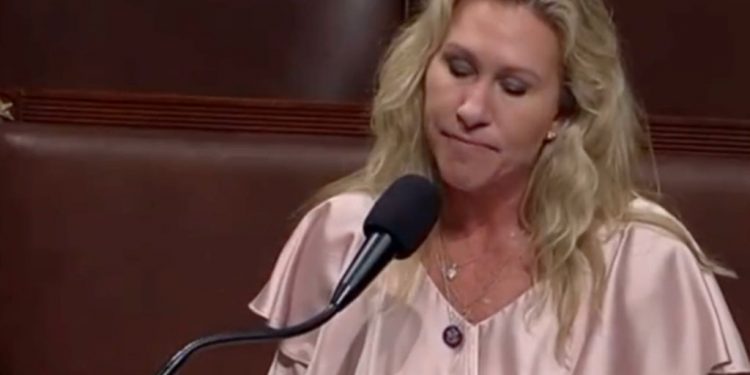 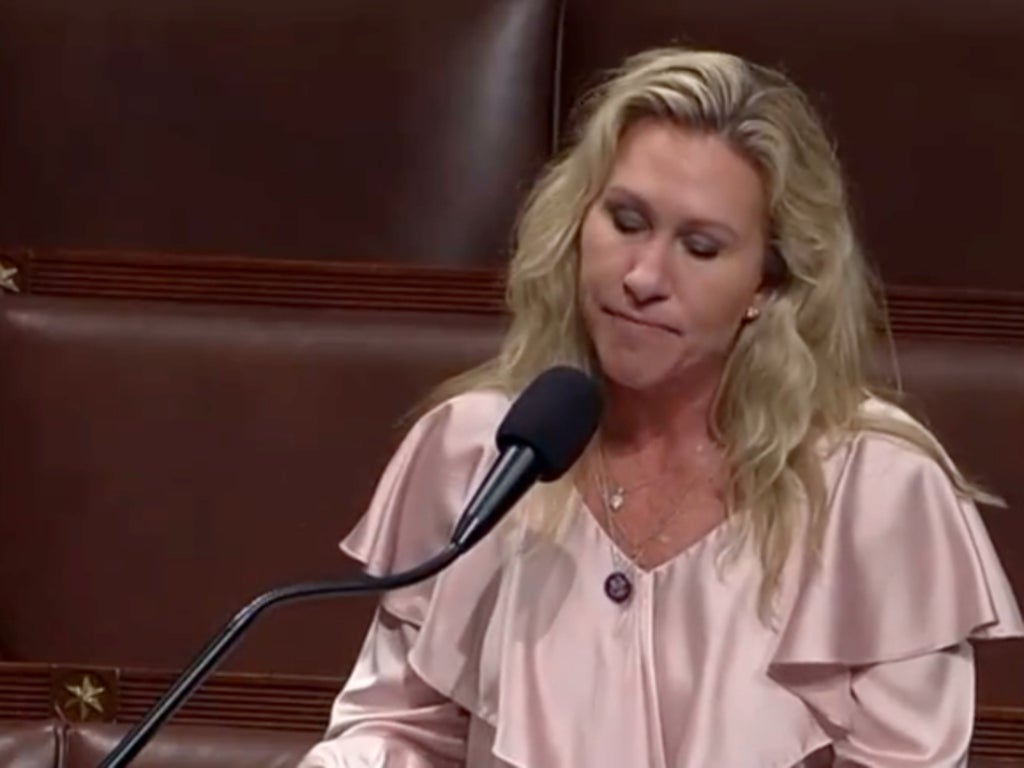 US Representative Marjorie Taylor Greene inadvertently proved herself wrong on the House floor while complaining about Covid-19 vaccine boosters.

Ms Greene took to the floor to attack the coronavirus vaccines, in particular the idea that boosters may be necessary for Americans to stay safe from the virus and its variants.

“And this may continue to keep going. I think the question we all should ask is ‘when does it stop?’ and ‘when are enough vaccines enough?'”

Critics of Ms Greene were quick to point out that the US Centers for Disease Control and Prevention (CDC) actually does recommend four doses of the polio vaccine. Infants are given the shot at two months old, four months old, sometime between six to 18 months old, before their final shot between the ages of four and six years old.

It is unclear if Ms Greene simply did no research before making her remarks or if she intentionally misrepresented the fact that other vaccines are often administered in multiple doses.

Ms Greene’s comments came days after Pfizer and BioNTech asked regulators to authorise an additional dose of its coronavirus vaccine.

The companies said that the fourth short is intended specifically for individuals age 65 and older. Seniors are the most vulnerable to the virus, and a fourth shot will provide them further protection, according to the company.

“The protection that you are getting from the third, it is good enough, actually quite good for hospitalizations and deaths. It’s not that good against infections,”Pfizer CEO Albert Bourla told CSS’ “Face the Nation. ” “But we are just submitting those data to the FDA and then we will see what the experts also will say outside Pfizer.”

Pfizer made its request after reviewing data from Israel that showed a fourth shot “increases immunogenicity and lowers rates of confirmed infections and severe illness.”

According to Pfizer, the fourth shot has not resulted in any new safety concerns.

The USFDA released a statement saying it would review Pfizer and BioNTech’s requests “as expeditiously as possible using our thorough and science-based approach.”

Ms Greene has frequently criticised vaccination mandates, and often refuses to speak about her own vaccination status. When asked, she often deflects – incorrectly – by saying that asking the question is a HIPPA violation. It is not.