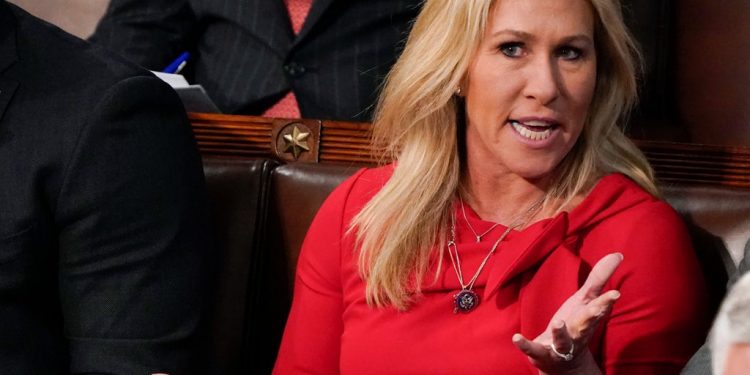 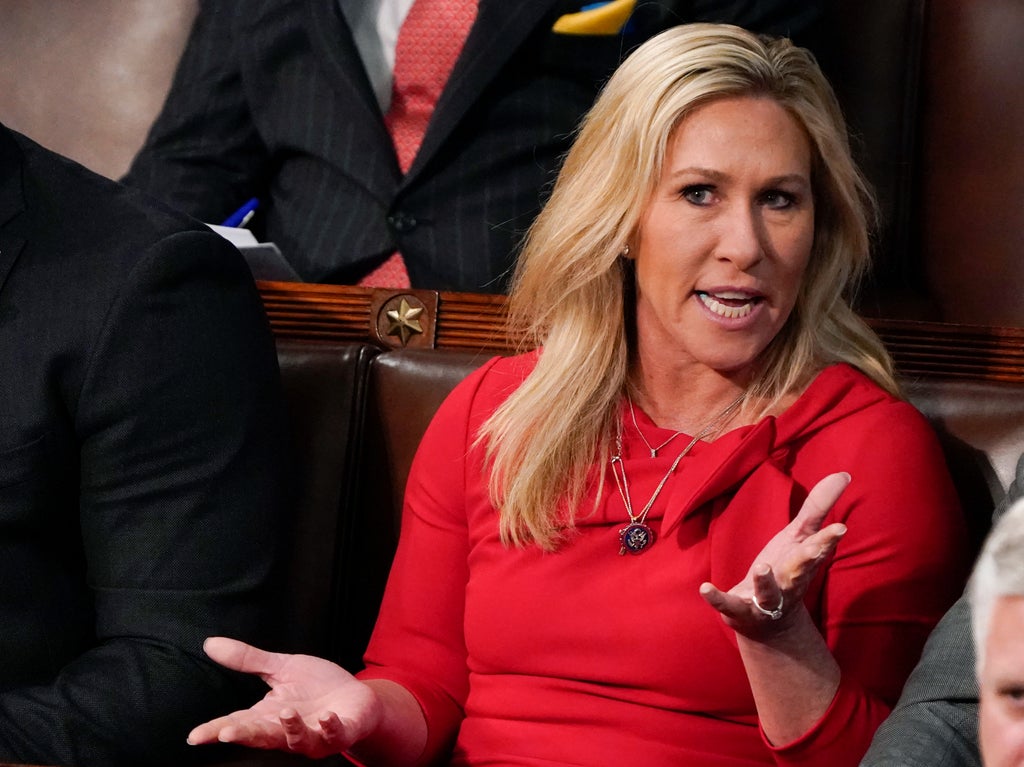 Ms Greene, who at times has made statements questioning whether the 11 September 2001 terrorist attacks were an “inside job” and expressed support for the QAnon conspiracy theory holding that a secret cabal of cannibalistic paedophiles runs the US government. The Georgia representative appeared to claim that Mr Buttigieg and his husband have been attempting to enter women’s restrooms via bicycle or electric car.

“You know what? Pete Buttigieg can take his electric vehicles and his bicycles and he and his husband can stay out of our girls’ bathrooms,” she said.

It’s unclear what Ms Greene meant, as neither the transportation secretary or his husband, a best-selling author and former drama instructor, have expressed any desire to use women’s restrooms, and neither would need the aid of a bicycle or electric vehicle to do so because both are capable of walking unaided.

Her bizarre claims drew mockery from a number of high-profile Twitter users, including actress Kathy Griffin, who wrote: “You guys, I cannot get secretary Pete Buttigieg and his husband Chasten out of my bathroom”.

She added that “to be fair” she has a “fabulous master bath” and said she and the Buttigiegs were “having brunch” with her at the time.

Former The View co-host Meghan McCain also weighed in, writing: “Just keep in mind Trump supporters and GOP leadership have more of a problem with Liz Cheney than this freak”.

Another prominent Republican, conservative attorney George Conway, attempted to strike a note of comity amid the widespread mockery of her comments, writing that “we can all agree that gay men should not drive Teslas into girls’ bathrooms”.

Humans could live up to 150 years, new study claims

Humans could live up to 150 years, new study claims