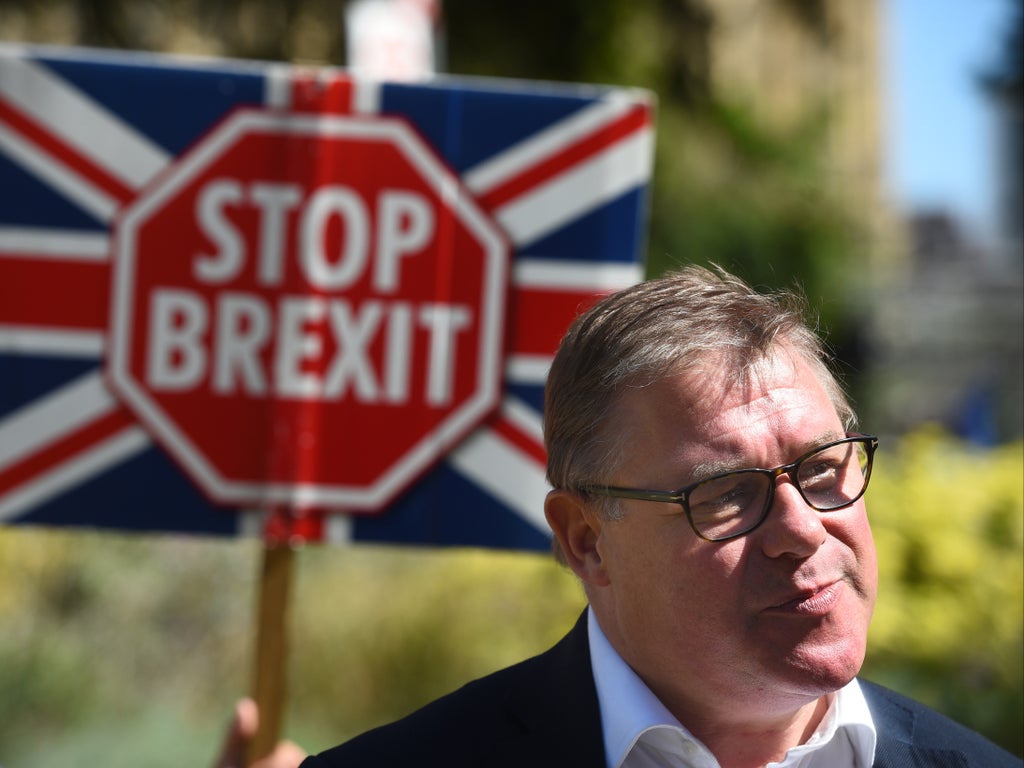 Conservative MP Mark Francois is to self-publish a memoir of his own role in the battle for Brexit – claiming he was turned down by book industry people who did not want the UK to quit the EU.

“I wrote it during lockdown and it’s basically about the battle for Brexit – the three-year battle in parliament and media to honour the result of the referendum,” Mr Francois told The Telegraph’s Chopper’s Politics podcast.

Explaining that he approached a couple of dozen publishers with his book on the “inside story” of Brexit, the Tory MP said: “The problem was the orthodoxy within the publishing industry is very much Remain.”

Mr Francois added: “I got some nice compliments on the book and the writing, but it became fairly evident after a while that no publisher wanted to publish it.”

Asked if publishers were really Remain-biased or whether the idea was “in your head”, Mr Francois said: “There was definitely an element of that. I was getting it all second-hand through an agent to be fair, so I wasn’t getting it face to face.”

Mr Francois said he was advised to do his own thing by fellow Tory MP Nadine Dorries, recently appointed culture secretary. “She said, ‘Get it self-published, if the book’s worth publishing,’” he said.

Meanwhile, the backbench Tory MP said he would like the government to trigger Article 16 to suspend parts of the Northern Ireland protocol if the EU don’t concede to UK demands – saying “ideally” he would like to see the bold move before Christmas.

Mr Francois said: “[If] you keep threatening to do [trigger Article 16] and you don’t do it, then you look weak. If we’re going to do, it should be sometime in the next few weeks,” said the ERG chief.

On Friday Lord Frost said “significant” gaps still remain following his latest discussions with the EU Commission vice president Maros Sefcovic on the impasse over the protocol, with the two sides agreeing to “intensified” talks.

The Brexit minister confirmed the UK remained ready to trigger Article 16 – unilaterally suspending some of the arrangements already agreed with the EU – if a settlement cannot be found.

“I made clear that the UK still wanted to find a negotiated solution if that was possible,” he said. “Nevertheless the gap between our positions is still significant and progress on many issues has been quite limited.”

The UK is pressing for an easing of checks on goods moving from mainland Great Britain to Northern Ireland under the protocol, arguing they are damaging business and straining community relations.

Mr Sefcovic urged the UK to conclude a deal to allow medicines to flow easily from Britain to Northern Ireland as well as other issues concerning trade to the British province.

Spot check: keep a close eye on your moles – it could just save your life | Beauty

Spot check: keep a close eye on your moles – it could just save your life | Beauty