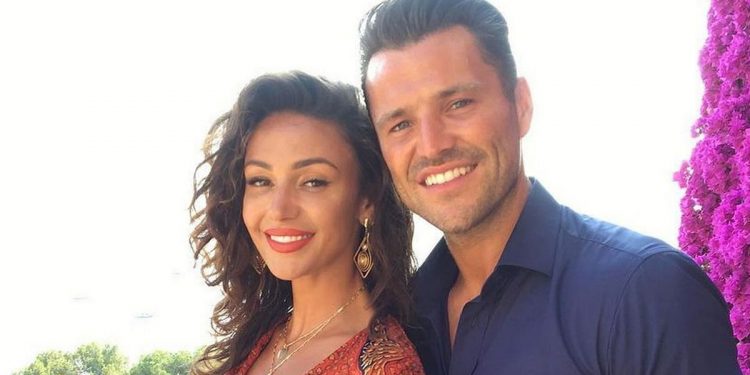 
Despite the size of the property, and their recent greenlight for security gates, it appears Michelle Keegan and Mark Wright have neighbours nearby at the Essex mansion, as a snap from their interior designer revealed

Fans of Michelle Keegan and Mark Wright have been given a rare glimpse of another view from the pair’s dream home as it edges closer to completion.

A photo shared by the duo’s interior designer, showing the view from a pair of huge windows revealed the palatial Essex pad have neighbours very close by, with two houses overlooking them.

Underneath the photos of the huge windows, which decorators were plastering around, their designer wrote: “I forget sometimes the amount of work that goes into creating something this beautiful.”

TOWIE star Mark, 35, and his wife, former Coronation Street star Michelle Keegan, 34, purchased the original mock Tudor property for £1.3million in 2019 and tore it down to build a new home, which is thought to cost the couple £3.5 million to complete.

Mark and Michelle’s interior designer shared a glimpse of their garden view on Instagram, and the couple have neighbours close by
(

Their dream home is edging closer to completion
(

The TV couple have shared the gradual transformation of their huge Essex property with fans on their “Wrighty home” Instagram but are still yet to move in.

It has also been reported the knocking down and reconstruction of the entire property have cost them around £3.5 million.

Last month, Mark took to Instagram to provide an update on the works.

“The house is looking lovely. The driveway is the last thing to do. It’s all being prepped now and so far the edging has gone in,” he said.

“Look at these granite slabs we got from Marshall’s. So many of you ask every day when I post different material where it’s from.”

The pair have documented themselves making design choices for the home
(

In the clips, Mark showed what the front of the house looked like before panning the camera round to show the incomplete driveway.

He then turned his focus to the granite slabs. The five-bedroom home is set to have a bar, gym, granny annexe and outdoor pool.

In February, the couple shared development is underway on their swimming pool.

Diggers had begun to scoop the soil away to create a large rectangle hole where the pool will be.

The pair hope the home will look like this

The council told the couple they can install the gates but added they have concerns about the style and hoped Mark and Michelle will consider changing it.

Mark has been busy renovating the home
(

The couple with their new nephew, who is the son of Mark’s younger brother
(

The Our Girl actress and radio presenter recently became an aunt and uncle, after Mark’s younger brother Josh welcomed a baby boy with his wife Hollie.

Mark spoke about the experience during his radio show on Heart FM, describing becoming an uncle as “just overwhelming, quite surprising, shocking but in such a beautiful way.”

‘We have to do better,’ support, listen to Black moms, experts and loved ones say

'We have to do better,' support, listen to Black moms, experts and loved ones say