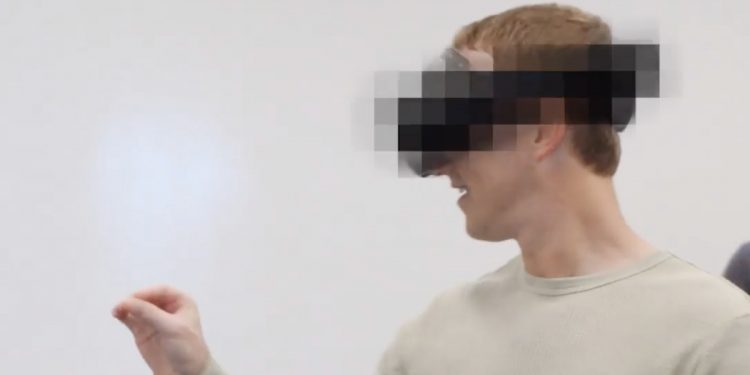 Mark Zuckerberg just shared a short demo video showcasing some of the capabilities of Meta’s upcoming high-end virtual reality headset, Project Cambria. While keeping the device itself cloaked, Meta highlights the upcoming headset’s ability to do high-resolution, full-color passthrough so that wearers can interact with virtual objects overlaid onto their real-life environments.

The mixed reality experience is built using Meta’s Presence Platform, which was introduced last fall. Current Quest headsets are only capable of displaying passthrough content in shades of gray, but Project Cambria will have much higher resolution image sensors to make the real world look better inside the headset.

Meta also posted this two-and-a-half-minute video highlighting its Presence Platform, which shows the massive difference in experience between the Quest and Cambria headsets. Meta CTO Andrew Bosworth wrote on Twitter that an SDK update next week will include “the full set of Presence Platform tools powered by machine perception and AI—Passthrough, Spatial Anchors, Scene, Interaction and Voice SDKs, and our recently updated Hand Tracking API.”

The demo reel mostly shows Zuckerberg gesturing toward the cartoony character from this Oppy video and appearing to paint its environment over the real world. It also includes clips of other Meta AR projects, again teasing the possibility that you’ll wear one of these to visit a virtual office environment and work on your cloud workstation using augmented reality.

We didn’t get any new details on the hardware itself. However, Janko Roettgers at Protocol was able to try out the unit briefly running the same demo, saying the video quality produced by Cambria’s sensors still isn’t photorealistic but closer to “decent quality home video.” Zuckerberg also told him that another perk of improving the sensors to include full color is that they’re better at distinguishing between different real-world objects so that it knows where to place the virtual ones.

The demo, which was shown off during the Facebook Connect event last year, is called The World Beyond, and Meta says it will be available in the App Lab for developers to try out soon. Project Cambria is just one of several virtual reality headsets that Meta plans to introduce over the next several years, and using its tech to help developers build augmented reality experiences that more people will want to visit is just one step in Meta’s plan for mainstream AR devices. Cambria is supposed to come out “later this year.”