market outlook: Dalal Street Week Ahead: Market likely to consolidate, oscillate in a range next week 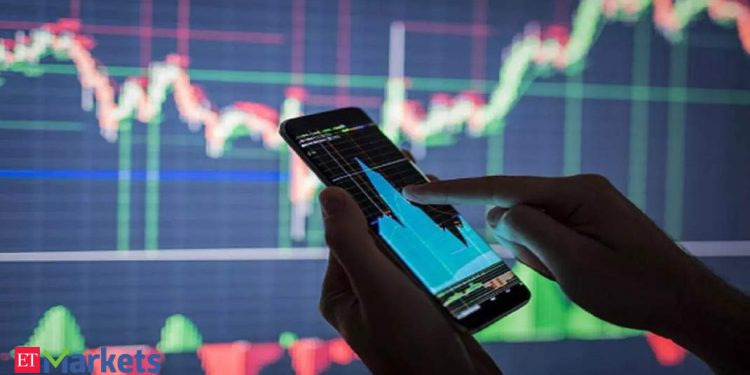 Nifty had piled up over 1,100-points in the two weeks before this one. There were clear signs of some impending consolidation at that point in time. In line with that analysis carried out, the index spent the past five sessions in a much narrower range as it tried to consolidate at present levels. It oscillated in a 436-point range and finally ended the week on a modestly negative note.

While continuing to resist key resistance points on both weekly and daily charts, the headline index closed with a net weekly gain of 134.05 points (-0.78%).

On the daily charts, Nifty has resisted the 100-DMA and the 50-DMA. On the weekly charts, it has failed to penetrate the 20-week MA which presently stands at 17,293. For the coming week, the options data suggests the likely trading range of 17,000-17,500 as these points hold maximum Put OI and the Call OI, respectively.

In other words, the markets will continue to consolidate and oscillate in this zone. A directional bias will be established only if Nifty moves above 17,500 or slips below the 17,000 levels.

No sustainable trending move will occur in the present zone. Just like the previous week, the zone of 17,000-17,500 needs to be crucially watched. The coming week is likely to see the levels of 17,350 and 17,500 acting as potential resistance points.

The weekly RSI is 50.85. It stays neutral and does not show any divergence against the price. The weekly MACD is bearish and stays below the signal line. A small black body emerged on the candles; apart from this, no other formation was noticed.

The pattern analysis suggests that the levels of 17,000 hold a good support area. This is also supported by the options data. Apart from this, Nifty is seen clinging on precariously to a support trendline. This trend line is drawn from the levels of 15,431 and joins the subsequent higher tops and extends itself. The index has also failed to penetrate the 20-week MA which can also act as a resistance on a closing basis.

The markets continue to remain in a trading zone so long as it stays between 17,000-17,500 and no directional bias can be expected until Nifty is between these two levels.

A firm directional bias will be established only if Nifty moves past 17,500 or slips below 17,000 levels. Until this happens, all up moves towards 1,7500 will invite corrective selling pressure from higher levels.

The levels of 17,000 are the potential support because of the 200-DMA which stands at 17,036. So, until either of the sides, upper or lower, are taken out, it is strongly suggested that all moves on the upsides should be utilized to protect profit at higher levels.

While continuing to keep leverage at very modest levels, a highly cautious view is advised for the day.

In our look at Relative Rotation Graphs®, we compared various sectors against CNX500 (Nifty 500 Index), which represents over 95% of the free float market cap of all the stocks listed.

The analysis of Relative Rotation Graphs (RRG) shows that Nifty Energy, Commodities, and the Metal Indices are firmly placed inside the leading quadrant.

These groups will continue to relatively outperform the broader markets. The Nifty Bank, PSU Bank, and the PSE indices are also inside the leading quadrant, but they appear to be consolidating while giving up on their relative momentum.

The Auto Index has rolled inside the weakening quadrant. Nifty Media and

Important Note: RRGTM charts show the relative strength and momentum for a group of stocks. In the above Chart, they show relative performance against NIFTY500 Index (Broader Markets) and should not be used directly as buy or sell signals.


(Milan Vaishnav, CMT, MSTA, is a Consulting Technical Analyst and founder of EquityResearch.asia and ChartWizard.ae and is based at Vadodara. He can be reached at milan.vaishnav@equityresearch.asia)

Payout halved: Employer I had...