Homeserve surged higher after it became the target of a potential takeover bid.

Shares in the emergency home repairs group jumped 14.6 per cent, or 103p, to 806.5p after Canadian asset manager Brookfield said it was ‘considering a possible offer’ for the company.

It added that there was no certainty that an approach would be made or what the terms of any offer would be. 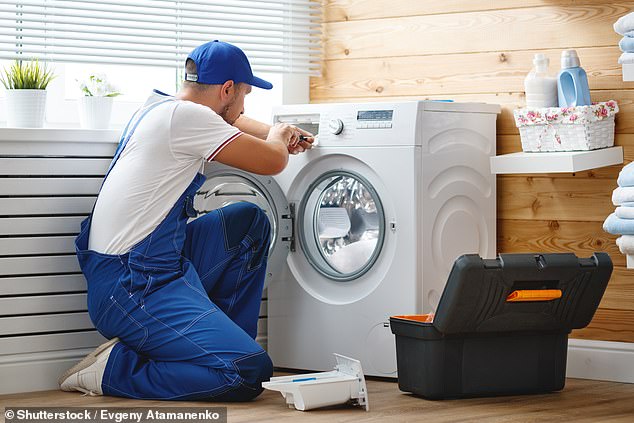 Takeover talk: Homeserve shares jumped 14.6% after Canadian asset manager Brookfield said it was ‘considering a possible offer’ for the company

Shortly afterwards, Homeserve noted that it had not yet received an approach from Brookfield regarding any takeover offer.

Under London’s takeover rules, Brookfield will now have until April 21 to state if it will make a formal offer for the group.

Homeserve has expanded in recent years through several acquisitions and last year saw its revenues jump 15 per cent to £1.3billion as the pandemic kept people at home and made them more reliant on its repair services.

Bridgepoint shares jumped after a better than expected set of full-year results. The private equity giant, which listed on the London market in July last year, rose 9.8 per cent, or 28.5p, to 318p after its assets under management swelled 23.7 per cent to £27.4billion in 2021.

Executive chairman William Jackson said the results were ‘ahead of expectations’ set out by the group at its stock market float last year.

He added that while market volatility was expected to continue, the firm was ‘excited’ by its medium-term growth prospects and was ‘well positioned’ to deliver a performance for 2022 that was in line with expectations. 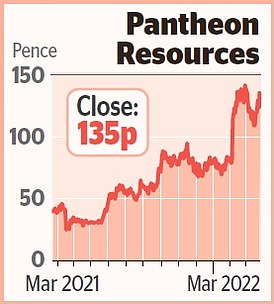 The company highlighted that the amount of oil flowing from reservoir testing at its Theta West site ‘likely exceeds’ its pre-drill estimate of 1.2billion barrels of oil.

Testing had been suspended due to a storm in the area, but Pantheon said an ‘extensive oil reservoir’ had been proven at the project.

Analysts at broker Peel Hunt said Bridgepoint’s results had been ahead of their predictions and retained a ‘buy’ rating on the stock with a target price of 380p.

But despite the strong performance during the year, Bridgepoint’s shares have struggled since listing and are still 5 per cent below their float price of 350p.

Private equity firms have risen in prominence over the last year amid a series of high-profile takeovers of British companies after share prices were hammered during the pandemic.

Last October, supermarket giant Morrisons was taken over in a £7billion swoop by US private equity group Clayton, Dubilier & Rice.

Other firms have also found themselves in the crosshairs, with education group Pearson (down 2.5 per cent, or 19.6p, to 760p) having earlier this month rejected a £7billion approach from New York-based Apollo Global Management.

Markets were steady as investors digested the fallout from Wednesday’s Spring Statement.

Uncertainty over the war in Ukraine also abounded as members of the EU, Nato and the G7 met in Brussels to negotiate the next stage of the West’s response to Russia.

Defensive stocks were among the key risers in the blue-chip index as traders sought protection from the uncertainty afflicting the global economy.

Fellow tobacco giant BAT also added 2.2 per cent, or 71p, to 3262p after analysts at JP Morgan upgraded the stock to ‘overweight’ from ‘neutral’ and hiked their target price to 4000p from 3550p.