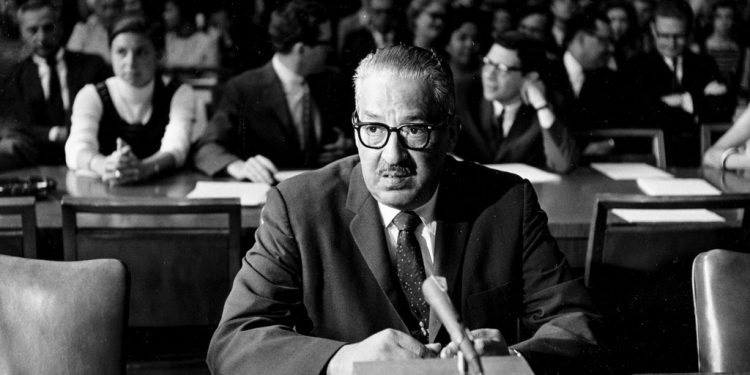 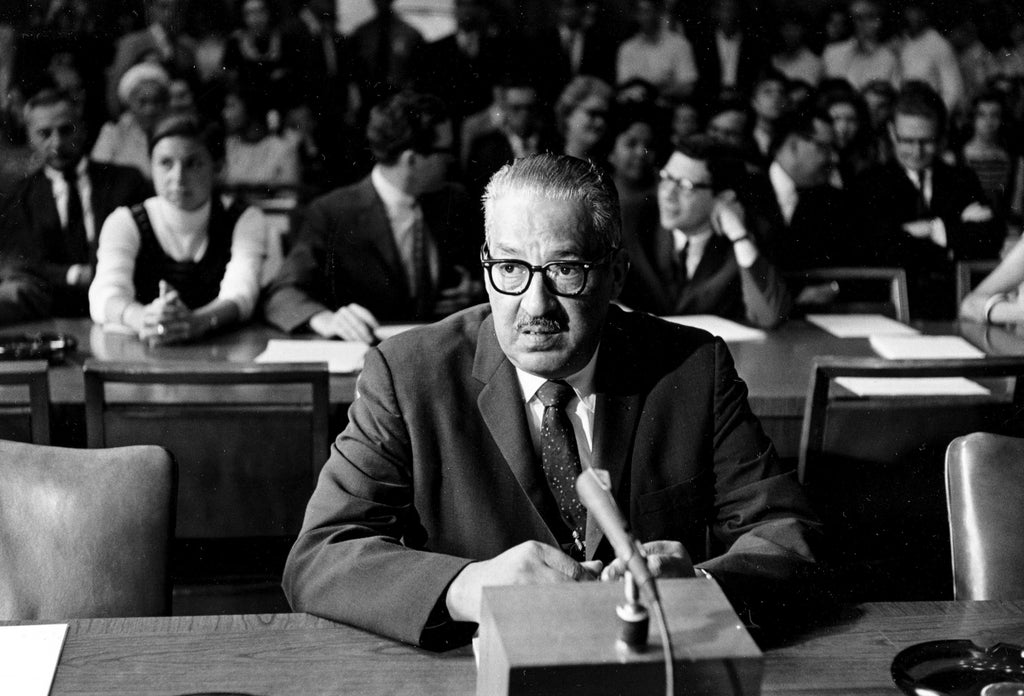 The first Black woman nominated to the Supreme Court is likely to face questioning at her Senate hearing that would have been familiar to Thurgood Marshall, the first Black man who served on the high court.

“Amid all this, the soft-on-crime brigade is squarely in Judge Jackson’s corner,” McConnell said on the Senate floor.

Other Republican senators and some in the conservative media have focused on Jackson’s work as a federal public defender, which included representation of several men held without charges at Guantanamo Bay naval base. Jackson’s hearing before the Senate Judiciary Committee begins Monday.

Fifty-five years ago, a band of Southern senators, almost all Democrats, used riots in the nation’s cities and Americans’ fears about crime to try to derail Marshall’s nomination.

“I know there is a crisis in this country, a crime crisis. And I know the philosophy of the Supreme Court one way or the other on these vital issues is going to be of untold consequences, and has already been in my judgment of serious consequences to the crime situation,” Sen. John McClellan, D-Ark., said during Marshall’s hearing before the committee.

The Supreme Court, under the leadership of Chief Justice Earl Warren, had expanded the rights of people accused of crimes, in a series of decisions that included the famed Miranda case that limited police questioning of suspects without a lawyer present.

But concerns about crime were inextricably linked to the issue of race, author Wil Haygood wrote in “Showdown,” his account of Marshall’s confirmation.

The only significant opposition to Marshall came from McClellan and the other ardent segregationists on the committee, Sens. Sam Ervin, D-N.C., James Eastland, D-Miss. and Strom Thurmond, R-S.C. They were determined to make life difficult for Marshall, the storied civil rights lawyer. Marshall had argued the Brown v. Board of Education case in which the Supreme Court outlawed official segregation.

The previous three choices of Democratic presidents had been confirmed within a month of their nominations by voice votes in a Senate controlled by Democrats.

The party still held the reins in the Senate in 1967 when President Lyndon Johnson maneuvered to create a Supreme Court opening and then sought to fill it with a groundbreaking choice.

By then, Marshall had been a federal appeals court judge and was serving as solicitor general, Johnson’s top Supreme Court lawyer, at the time of his nomination to the court.

“They were pretty awful to Marshall. Thurmond in particular kept asking questions that were like trivia questions. ‘Tell us the names of the people on the committee that voted out the 14th Amendment,’” said Carolyn Shapiro, a professor at the Chicago-Kent School of Law who has studied Supreme Court nominations. That amendment, which includes the due process, equal protection and citizenship clauses, was passed by Congress in 1866 and ratified two years later.

The same senators had previously voted against Marshall’s confirmation to the appeals court and tried to block adoption of the 1964 Civil Rights Act.

But they insisted that Marshall’s race had nothing to do with their view of his nomination.

Ervin explained his opposition on the Senate floor just before the final vote on Marshall. “I know that in so doing I lay myself open to the easy, but false, charge that I am a racist. I have no prejudice in my mind or heart against any man because of his race. I love men of all races,” Ervin said.

Instead, Ervin said, Marshall would be another “judicial activist” to cement the direction of the Warren Court.

Sen. Robert Byrd, D-W.Va., who would later recant his segregationist views, said it would be smart politically for him to support Marshall because Marshall was Black. “Yet, I consider it my duty as a senator, under the Constitution, not to let Mr. Marshall’s race influence my decision. Having reached the definite conclusion that were Mr. Marshall white, I would vote against him. I cannot, therefore, let the fact that he is a Negro influence me to vote for him when I would not do so otherwise,” Byrd said.

In the end, the Senate confirmed Marshall by a 69-11 vote, a healthy margin, but only a couple of votes beyond what was needed to overcome a filibuster at the time. Johnson and his teams lobbied hard to persuade other Marshall opponents to simply not vote, Haygood wrote.

Marshall was a target for people who were unapologetic about their opposition to civil rights for Black Americans, Shapiro said.

More than half a century later, much has changed, she said, but race remains front and center in American politics.

President Joe Biden pledged during the 2020 campaign to put a Black woman on the Supreme Court for the first time.

Jackson, along with other Biden nominees, has been asked whether she ever took part in a riot. Senators also wanted her to tell them what role race plays in judging.

“We’re in a moment of political division and a lot of it revolves around race,” Shapiro said.

Marshall endured five days of questioning spanning three weeks. It was another month before his nomination reached the Senate floor. He was sworn in as a justice on Sept. 1, 1967.

Democrats who control the Senate have a much faster timetable in store for Jackson. She will testify over two days, standard practice for high court nominees these days. Barring a major misstep, Jackson could be confirmed before Easter.

Cosmonaut Yuri Gagarin’s Name Removed From US Fundraiser Amid Conflict