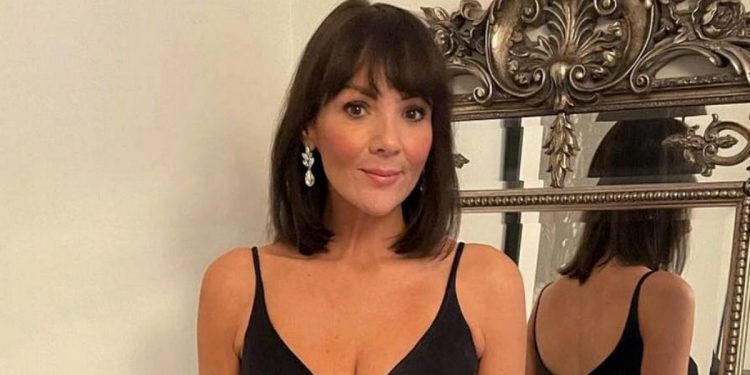 The 45-year-old actress shared a heartbreaking tribute to her former co-star on Tuesday via her Instagram Story.

Alongside a beautiful image of June as a young woman, Martine wrote some lovely words for the Walford legend.

She wrote alongside the image: “Darling June… the essence of Eastenders. An amazing mother, wife, actress and a damn good laugh… Rip darling.”

She ended the post with a praying, heart and dove emoji.

Martine starred alongside June in her iconic role as Tiffany Mitchell on the BBC soap.

June Brown sadly passed away at the age of 95
(

Her character was killed off after four years of dramatic storylines in 1998.

June, who was best known for her role as Dot Cotton, died at the age of 95 on Sunday.

Following the shock news of the soap legend’s passing, tributes have poured in from her former EastEnders cast members, to huge news outlets and fans are honouring the late star’s life and acting legacy.

Martine played the role of Tiffany Mitchell on EastEnders
(

EastEnders bosses paid a heartbreaking tribute to June on Monday, writing: “We are deeply saddened to announce that our beloved June Brown, OBE, MBE sadly passed away last night. There are not enough words to describe how much June was loved and adored by everyone at EastEnders, her loving warmth, wit and great humour will never be forgotten…

“June created one of the most iconic characters in Dot Cotton, not just in soap but in British television, and having appeared in 2884 episodes, June’s remarkable performances created some of EastEnders finest moments.

“We send all our love and deepest sympathies to June’s family and friends. A very bright light has gone out at EastEnders today – we shall all be raising a sweet sherry in June’s memory. Rest in peace, our dearest June. You will never be forgotten.”

June’s family also said in a statement: “We are deeply saddened to announce our beloved mother, June, passed away very peacefully at her home in Surrey on Sunday evening, with her family by her side. We would kindly ask that our privacy is respected at this very difficult time.”

Playing the Walford legend since 1985, June retired the much-loved character after 35 years in February 2020, as one of British TV’s longest serving actors.