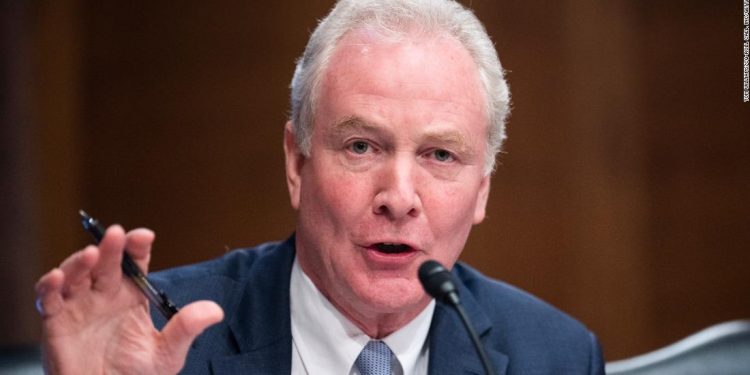 The Maryland Democrat said in a statement that his doctors have told him “there are no long-term effects or damage as a result of this incident” but that he will remain in the hospital for observation in the coming days. He said in the statement that he plans to return to work later this week.

The lawmaker was admitted to George Washington University Hospital over the weekend after he had been “experiencing lightheadedness and acute neck pain” while delivering a speech in his home state, according to his statement. He said he sought medical help upon returning home at a doctor’s recommendation.

His announcement came as a reminder of Democrats’ perilously thin majority in the 50-50 Senate, where they cannot afford to lose any votes.
Democratic Sen. Ben Ray Luján of New Mexico returned to work in March after suffering a stroke earlier this year.
The health news from Van Hollen, who is up for reelection this year, came the same day Pennsylvania Lt. Gov. John Fetterman, the front-runner for the Democratic Senate nomination in his state on Tuesday, announced he’s recovering after a stroke.