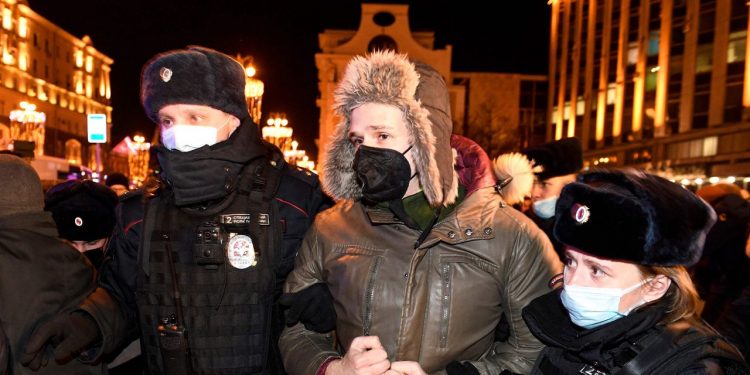 Even some people within Russia seem to be against the country’s military exploits in Ukraine as small antiwar protests broke out in various locations in Russia.

The Guardian’s Alec Luhn captured several videos of protesters in Moscow chanting, “No to war!” Those protesters were arrested.

At least 167 people who participated in antiwar protests have been detained by government officials in Russia, according to a Reuters report.

Well-known human-rights activist Marina Litinovich said she was detained by police in Moscow after publicly calling on Russians to protest the country’s military action against Ukraine.

See also: Poland, Czech Republic and Sweden say they will boycott World Cup Qualifying games if not moved from Russia

“I know that many of you right now feel desperate, powerless, and ashamed over the attack by [President] Vladimir Putin on the friendly people of Ukraine. But I call on you not to be desperate and come out to the central squares of your cities at 7 p.m. today and clearly and explicitly say that we, the people of Russia, are against the war unleashed by Putin,” Litvinovich said on Facebook, according to Radio Free Europe/Radio Liberty.

Russia has warned citizens to not partake in “unsanctioned” protests, according to reports from Al Jazeera and the Guardian.

The reports of protests inside Russia come as the Dow tumbled more than 700 points and oil prices soared after Russia attacked Ukraine.