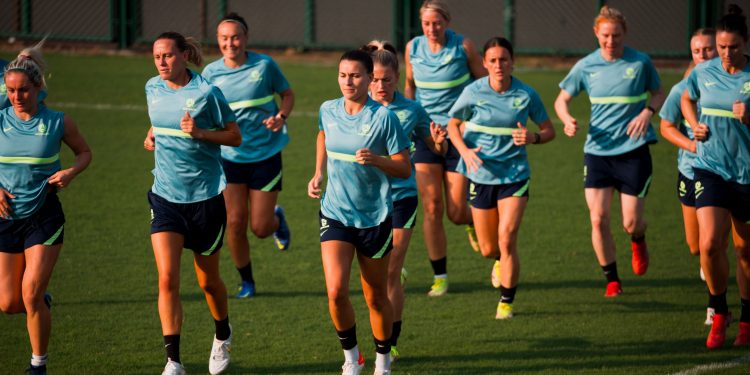 
Matildas coach Tony Gustavsson is looking for continuity and consistency ahead of their opening match against New Zealand, with one eye on next year’s World Cup.

Entering camp for the first time since a shock quarter-final loss in the Asian Cup, the Matildas are at full strength for their two-game series against their trans-Tasman rivals beginning on Friday.

Having debuted a number of players in the past two years, Gustavsson wants to narrow down his squad and gain consistency with limited opportunities before the World Cup.

“It’s not many windows left and we can only play two games per window as well,” he told reporters on the eve of their match in Townsville.

“Last year, we took the opportunity to look at as many players as possible – we had almost 75 players in high-performance environments throughout the year, almost 14 debutants because we needed to experiment, give a lot of players a chance.

“Now we’re closing in … I look at it as narrowing down and have more consistency in what we’re doing.”

Thursday was the first time the entire group met since their disappointing loss to South Korea in the Asian Cup, and while Gustavsson said there’s still a wound to heal the energy is high.

He expects some quality from his side on Friday.

“You could see out on the field today even though there might have been some jetlag in place and some other things that the vibe and the energy was amazing,” he said.

“For me, it’s a little bit of a healing process as well because there’s some wounds from losing a quarter-final.

With only a few international windows available, Gustavsson said fans can expect to see a full-strength Matildas side take the field even if it means coming off the bench.

Superstar forward Sam Kerr was a late arrival but is said to be raring to go.

“If it’s Sam choice, she’s always playing and she also wants to give back to the fans,” he said.

“So, if she gets to pick, she’s playing, but I need to have the experts also in terms of protecting her health and so forth. So we’ll make that decision tonight.”

The Matildas kick off their two-game series with New Zealand Friday evening at 7.45pm AEST on Paramount+.