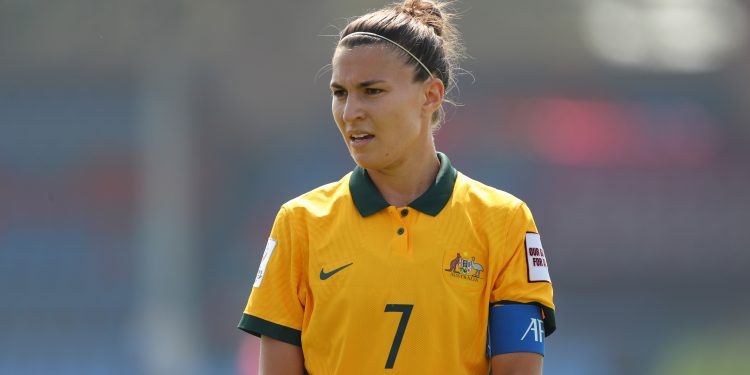 
Matidas defender Steph Catkey is having none of it – assertively casting aside negative vibes as she assessed Australia’s Asian Cup misadventure and looked forward to the 2023 Women’s World Cup on home soil.

GUSTAVSSON A MAN WITH A PLAN

Speaking before heading into camp for the two-match friendly international against New Zealand, starting with Friday’s clash in Queensland, Catley was unequivocal.

Whilst conceding that January’s shock 1-0 quarter-final loss to South Korea had turned “the heat” on coach Tony Gustavsson, Catley sees the collateral damage as purely transitory, insisting that belief in the Swede remains unwavering.

“When things are going great then everything is easy but after the Asian Cup, where we were expected to do a lot better, then attention goes to the coach,” the Arsenal Women ace told FTBL.

“A lot of heat came on to Tony and that’s the world of sports and the world of football. It happens and he’s more than aware of that – but we all back him and are right behind him.

“We know what we’re about and we’re all on the same page. Internally there is no panic or frustration or anything like that.

“We’re all working towards the same goal, and that’s doing really well in 2023.” Gustavsson’s vision since taking charge has been to blood a bevy of youngsters, tackle top class opposition with little heed to results and concentrate on peaking in tournaments.

The aspiration was partially achieved at the Tokyo Olympics where the Matildas reached the last four, but melted in the Indian heat at the Asian Cup.

With 2023 the ultimate target, he retains the support Football Australia, despite the fissures in form and uncertainly over discernible progress so far during his reign.

“The Asian Cup was really disappointing for us – we went into the tournament very upbeat and wanted to at least get to the final,” added Catley.

“Football can be cruel sometimes and there was a lot of panic from the outside world when we lost to South Korea.

“I think internally we still know what we’re about. We know that we’re on track and have to keep working at it and learn from those difficult moments.

“They’re obviously not easy moments when you lose games like that but they’re the games you should learn the most from.

“I’m sure we’re going to bounce back and be just fine. We have a lot of young players coming through and girls that are in form. Everything is looking good and everyone is feeling really positive.

“The World Cup is the ultimate goal and that’s where our focus is – that’s the one where we want to be competing against the very best and getting really far into the tournament.”

Catley’s own journey since arriving in the Women’s Super League hasn’t been without turbulence – her first season scuppered by injuries (calf and hamstring).

But she’s reinvented herself with second placed Arsenal in year two, proving her quality and resilience.

“It was a really difficult first year for me with the injuries and it’s taken me a while even this season to find my form and rediscover my confidence again,” she admitted.

“But I’ve been back to playing some of my best football and feel like I’m in a good spot now.

“I feel physically good and mentally fresh. think it’s made me appreciate my football a lot more than perhaps I did in the past.” 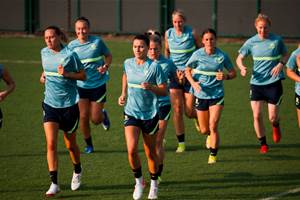 With international windows few and far between and a World Cup just a year away, Matildas coach Tony Gustavsson is searching for more consistency from his side.