This weekend, the NASCAR paddock makes landfall at the Bristol Motor Speedway. Bristol plays host to the next round of the NASCAR Cup Series playoffs. Admittedly, this race is crunch time for Matt DiBenedetto, as he needs a win to avoid elimination.

Luckily, he has a staunch supporter in the form of WWE Hall of Famer, Mick Foley. The former wrestler even sent a message of encouragement to DiBenedetto to boost his spirits.

During his ‘pep talk’ Foley recounted the story of how he won two of his three championships over Dwayne Johnson. He talked about how he held his own against ‘The Rock’.

So in order to advance in the @NASCAR playoffs, @mattdracing and @woodbrothers21 basically HAVE to win at @BMSupdates next weekend.

They can do it.

But I’m not gonna sit here and give you a pep talk.

How did Mick Foley ‘cheer up’ Matt DiBenedetto?

To further motivate the 29-year-old driver, Foley decided to bring back an old friend. Donning his ‘Mankind’ persona, he regaled the story of when he was thrown off a cell structure. This incident took place around 22 years ago and it knocked out two of his front teeth. 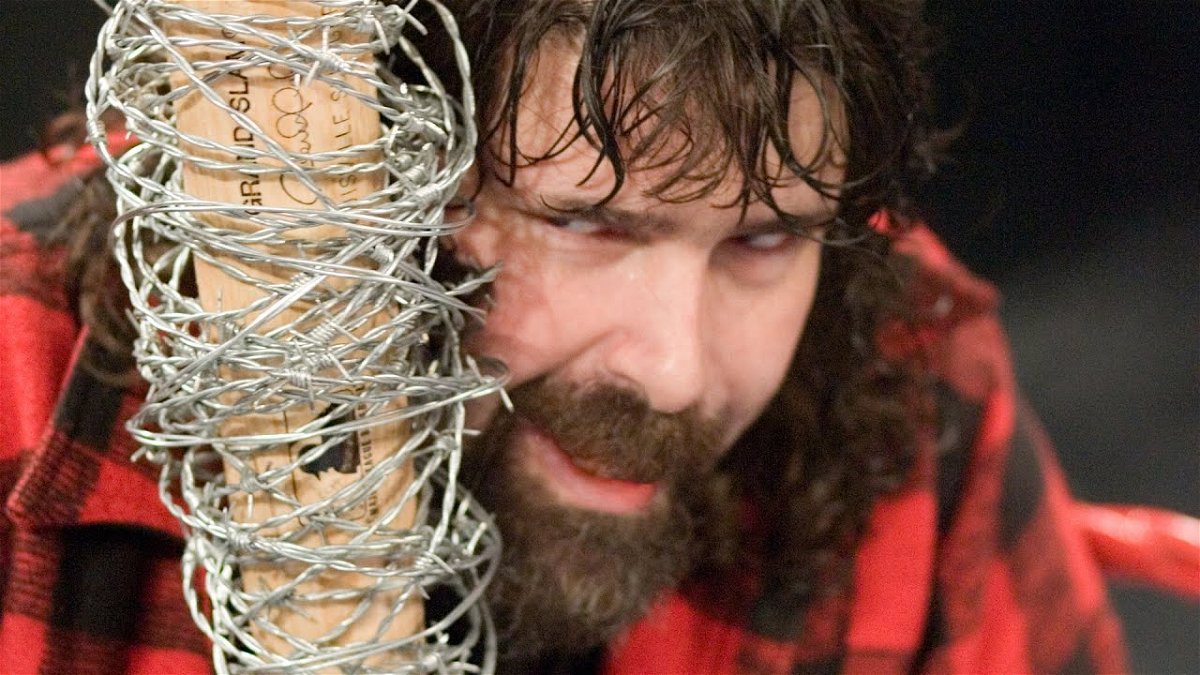 He revealed that one tooth even became lodged in his nose. In spite of that, he persevered and managed to finish the match. However, he insisted that in DiBenedetto’s case, he does not have to just finish the race. Instead, he has to win, and Foley insisted that Matt DiBenedetto is perfectly capable of that.

Foley concluded, “No question, you are going to be the man at Bristol, Tennessee.”

All said and done, DiBenedetto will be under a lot of pressure to try to win the race. Truthfully, he has his work cut out for him. However, the race is long and anything can happen.

If Brad Keselowski can win from 9th place, anything could happen in the span of 500 laps. One thing is for sure, the WWE former star is firmly rooted in DiBenedetto’s corner, cheering him on in the race.