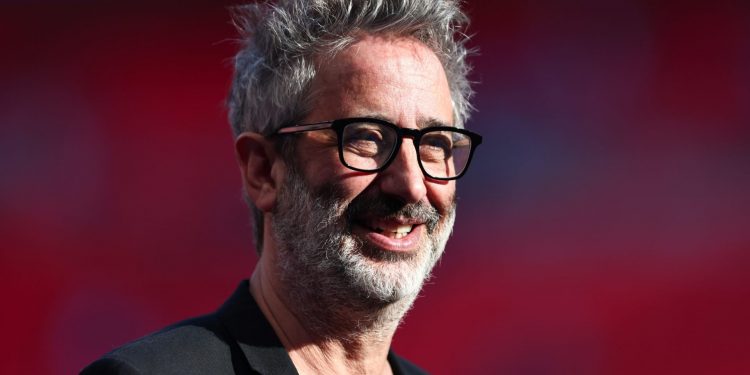 
Ex-England forward Matt Le Tissier has landed in hot water after tweeting about the war in Ukraine. Le Tissier has since stood down from his role as a Southampton ambassador as a result.

But while the spotlight has turned to Le Tissier and his comments, there has also been curiosity about what comedian David Baddiel meant by his response to Le Tissier’s tweet.

On Tuesday, April 5th 2022, Matt Le Tissier shared a conspiracy theory suggesting that the media is lying in its reporting of intentional killings of civilians in Bucha, as reported by Sky News.

The former Saints midfielder swiftly deleted the tweet after it was posted.

Despite the fact Matt Le Tissier deleted his tweet about Ukraine, it didn’t take long before his comments circulated. This prompted a wave of commentary in report, notably coming from writer David Baddiel.

On April 5th 2022, Baddiel responded to Le Tissier’s tweet with: “I’m starting to wonder if Terry Venables was right.”

“I do not advocate war in any way shape or form, I do not advocate anyone taking the lives of others and anyone who commits such acts should be dealt with accordingly, any atrocities leave devastating effects on the families of victims and us all,” Le Tissier stated.

David Baddiel was making a reference to Matt Le Tissier’s time playing for England with his tweet about Terry Venables.

Venables was in charge of the England team during Euro ’96. During his time steering England to the semi-finals of the tournament, Venables overlooked Matt Le Tissier, instead opting for the likes of Alan Shearer and Teddy Sheringham.

Despite handing Le Tissier his England debut in 1994, among the eight caps he won, the snub for the first major tournament hosted by England since 1966 came as a crushing blow for the Saints star.

Le Tissier was ultimately not selected for the Euro ’96 squad despite having had a strong season in which he struck 10 Premier League goals. Baddiel’s tweet implies that Le Tissier was right to have been overlooked in his football career, which has, in turn, landed the comedian in hot water too.

U.S. proceeds to weigh its involvement as Russian forces continue to attack cities in Ukraine

NPL WA Women’s Round One Wrap

NPL WA Women's Round One Wrap