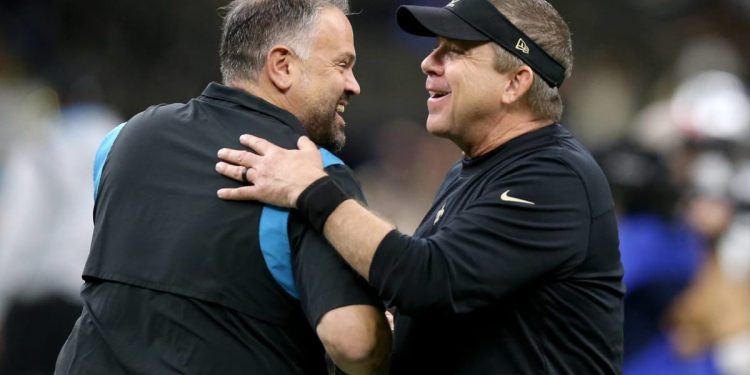 However, Matt Rhule doesn’t seem to be worried. On Friday, the Panthers coach said Tepper gave him a heads up that the report would be out there and that it wasn’t true.

Payton retired as the New Orleans head coach after 15 years with the organization. Instead of coaching, he will be a studio analyst for Fox Sports this fall. However, he hasn’t ruled out potentially returning to coaching at some point in the future.

Rhule is entering his third season with Carolina, but has yet to make the playoffs or even finish with a winning record. In his first two years, Rhule compiled a 10–23 record, and Carolina finished the 2021 season by losing 12 of their final 14 games.

Still, Tepper says he is committed to Rhule and general manager Scott Fitterer ahead of the upcoming season.

“I do believe Coach Rhule and Scott are doing a great job creating that foundation,” Tepper said. “I think we have made improvements in the coaching staff. I think we have done a good job during free agency to fill holes. I’m fairly optimistic about the new season.”

For more Carolina Panthers coverage, go to All Panthers.