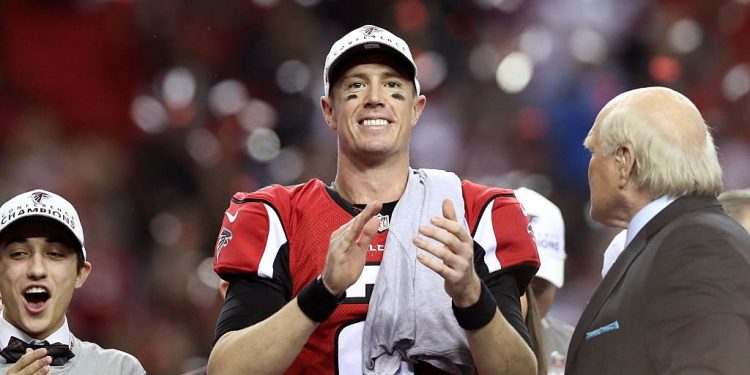 
What is the net worth of NFL star Matt Ryan as he swaps the Falcons for the Colts? How much are his career earnings to date ahead of his move?

After 14 seasons with the Atlanta Falcons, quarterback Matt Ryan is off for pastures new.

The 36-year-old will be lining up for the Indianapolis Colts for the next two seasons after his trade was announced.

Ryan claimed the 2016 MVP award – but never did win a Super Bowl in Atlanta – memorably losing to Tom Brady’s New England Patriots in 2017.

But what is Matt Ryan’s net worth as he moves from Georgia to Indiana? How much has he made in career earnings to date?

He previously held the record for the highest paid player in the league, until Aaron Rodgers and the Green Bay Packers eclipsed him.

Matt Ryan’s net worth in 2022 is believed to be around the $70 million, per Celebrity Net Worth.

That is far less than the estimated $200 million of the likes of Brady and Rodgers, and even Ben Roethlisberger, but clear of the next generation of QBs such as Patrick Mahomes and Joe Burrow.

What about his career earnings?

Over his 14 year stint in Atlanta, Ryan’s career earnings were around the $267 million (£208.4 million GBP) mark, as per Sportrac.

Just over $100 million of this was in base salary, with the rest coming in signing and incentive bonuses.

Upon moving north to Indiana, Ryan is expected to have base salaries of around $17 million and $21 million respectively in 2022 and 2023, with signing bonuses of $7.5 million a year, as per Over the Cap.

Wild ponies and birds on Chincoteague and Assateague Island

Wild ponies and birds on Chincoteague and Assateague Island