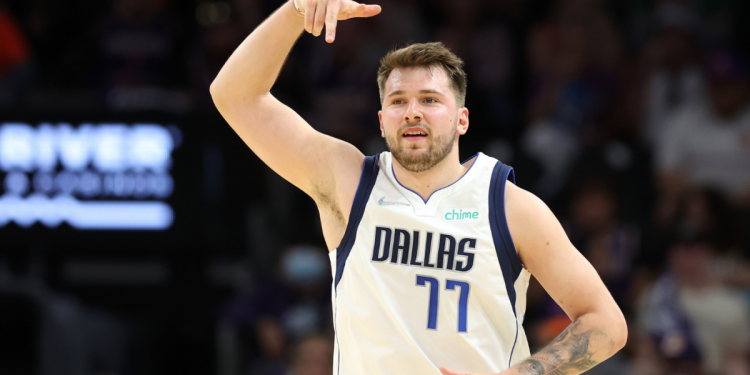 The Dallas Mavericks are heading to the Western Conference finals and there was little doubt they would get there following their hot start to Game 7. The Mavericks jumped out to a 57-27 lead over the top-seeded Phoenix Suns on Sunday night and never looked back on their way to a 123-90 win. Luka Doncic was spectacular for Dallas in the opening 24 minutes of play as he led all scorers with 27 points. While that nearly topped the Mavericks’ point total for the first half on its own, Doncic had plenty of help as Spencer Dinwiddie chipped in 21 points of his own off of the bench.

In the end, Doncic finished the win with 35 points, 10 rebounds and four assists in just 30 minutes of action. Dinwiddie provided plenty of help off of the bench finishing with 30 points of his own while Jalen Brunson also chipped in 24 points to help Dallas cruise to a lopsided victory on the road. On the other end, Phoenix struggled all night long on the offensive end as Cam Johnson led all Suns scorers with 12 points off of the bench.

With the win, the Mavericks move on to face the Golden State Warriors to determine which team will represent the Western Conference in the NBA Finals.