Max Verstappen exploded in row with Vettel and Raikkonnen: ‘Should be ashamed!’ | F1 | Sport 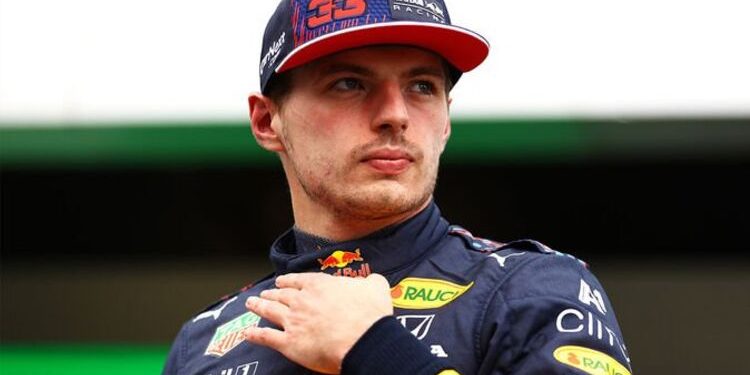 
Testing for the 2022 F1 season has arrived with teams trying out their latest cars on the Circuit de Catalunya in Barcelona. F1’s biggest-ever rules overhaul will see cars transformed this year, as the sport tries to encourage more racing and overtaking. Max Verstappen returns for Red Bull having won his first world title in Abu Dhabi at the end of last season. Race Director Michael Masi’s decision to allow some lapped cars to overtake the safety car with just one lap remaining enabled Verstappen to move closer to his title rival Lewis Hamilton before overtaking him on the last lap.

Mercedes challenged the result but had their claims dismissed.

It is something that Verstappen has faced for years, including in 2016 when he collided with Sebastian Vettel and Kimi Raikonnen — both Ferrari drivers at the time.

Both drivers blamed Verstappen for an incident at turn one where the three cars collided, and also questioned the Dutchman’s antics later in the race which saw him force the Ferraris wide.

Speaking after the race at Spa-Francorchamps in Belgium, Verstappen was furious.

He said: “I think they should be ashamed to cause a crash like that with their amount of experience and then complain about me.

“Then they don’t have to make a drama about what happened afterwards.

“They have to understand I’m not happy with them screwing up my entire race.”

Verstappen pinned the blame on Vettel for turning in early on the outside, and added: “There was room for three cars. When I got alongside Kimi, he started squeezing me.

“If Vettel hadn’t turned in and left one more metre of room, we would have all got through.

“On the video you can clearly see when Vettel turns in, he drives into Raikkonen. And then Kimi’s car bumps into mine.”

Regarding the incidents later on in the race, Verstappen said: “If they screw up my race, I’m not going to make it easy for them. I think they should understand that.

READ MORE: Inside accommodation Hamilton and co will live in during F1 testing

“I’m not going to say: ‘come on through’. But all that happened after Turn 1. If Turn 1 hadn’t happened, I wouldn’t have been so aggressive and pushed Raikkonen out like that.”

Last season, the Dutchman came under fire for his exploits in the Saudi Arabia Grand Prix.

He and Hamilton clashed throughout the race before Hamilton hit the back of the slow-moving Red Bull car as he tried to move aside, as instructed following a previous offence.

Sky Sports pundits gave their verdict on Verstappen’s driving at the time, with some saying he went too far.

Martin Brundle said: “I think Verstappen has got to think about his driving standards. They were too much today.

“There’s aggressive, determined, feisty racing and then there’s what we saw this evening, which was too much.”

Johnny Herbert added: “It puts a little bit of a bad taste in the mouth. I think it just shows what Max is willing to do to try and win this world championship.

“I agree with Lewis – I love Max for what he does on the racetrack – but he does really push the limits, and sometimes he pushes it too much.”

Damon Hill, 1996 world champion, added: “There are some people who drive with absolutely no compromise whatsoever, and I think Max is one of those people. But he’s very skillful and very brilliant, and it’s exciting to watch.

“I think Lewis, who has to deal with that, is now very cautious. He’s not intimidated but he’s very wary of Max, and probably rightly so.

“He’s had to put up with a lot of vigorous defending with Max. It’s not Lewis’ style but it’s Max’s style and Max is pushing everything to the limit.

“It’s for the world title, both drivers want it massively and there’s always going to be tears.”

Russian sanctions: who has been hit and who might be next? | Financial sector

Russian sanctions: who has been hit and who might be next? | Financial sector