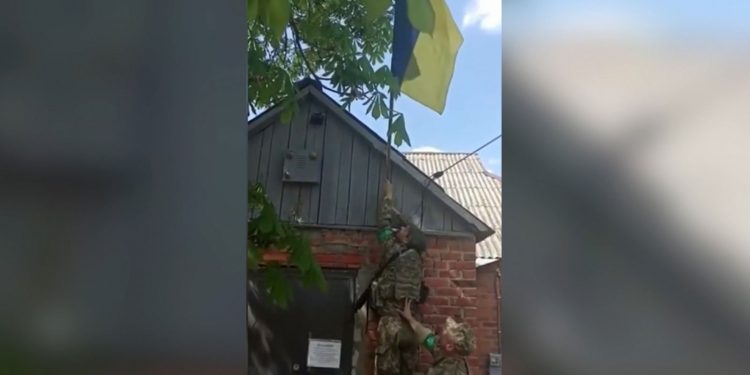 The smell of burnt wire and rubber still lingered in the air around the railway power station on the outskirts of Lviv Wednesday morning, hours after the blaze was extinguished. A group of investigators was collecting debris from the Russian rockets that struck this place the evening before. Now it serves as evidence of Russia’s attempts to systematically destroy key infrastructure.

The Lviv power station was among six railway facilities in central and western Ukraine targeted by Russian forces on Tuesday evening, according to the chairman of Ukrainian Railways Olexander Kamyshin.

The coordinated strikes briefly knocked out power in parts of the region and caused long delays to more than 40 trains.

“There were also disruptions on our pumping stations, which are supplying the city with water,” Lviv Deputy Mayor Serhiy Kiral told CNN. He said contingency plans were executed to ensure the water supply was not impacted by the strikes.

Tuesday’s attack marks the latest in a series of recent attacks on the country’s infrastructure, with the railway network now one of Russia’s key targets.

On Wednesday, Russia said it believed any weapons – including NATO equipment – arriving into and moving within Ukraine were targets, according to Russian state-run news agency RIA Novosti.

Five train stations in western and central Ukraine were hit in the space of an hour on April 25. Two days later, a missile struck a rail and road bridge across the Dniester Estuary that links the southern port city of Odesa with the country’s far southwest region. Then on Friday, another important railway bridge was blown up near the town of Sloviansk in the eastern Donetsk region.

Earlier in April, in one of the deadliest attacks so far, at least 50 people – including five children – were killed after Russian forces carried out a missile strike on a railway station in Kramatorsk.

Pentagon spokesman John Kirby said Wednesday that Russian forces were “attempting to hit what we assess to be critical infrastructure targets out towards the West” in Ukraine including “electrical power, transportation hubs, that kind of thing.”

Kirby said that despite the most recent attacks, the US is still able to “flow” military assistance into the region, including “weapons systems” and other materials.

The national railway has always played a crucial economic role in Ukraine, transporting agriculture and heavy industry exports across the country’s vast territory.

But since the Russian invasion began in late February, the train network has become Ukraine’s lifeline to the outside world: It’s how weapons, supplies and humanitarian aid get into the country.

3 observations after the Dallas Mavericks get crushed by the Phoenix Suns, 129-109 – Mavs Moneyball