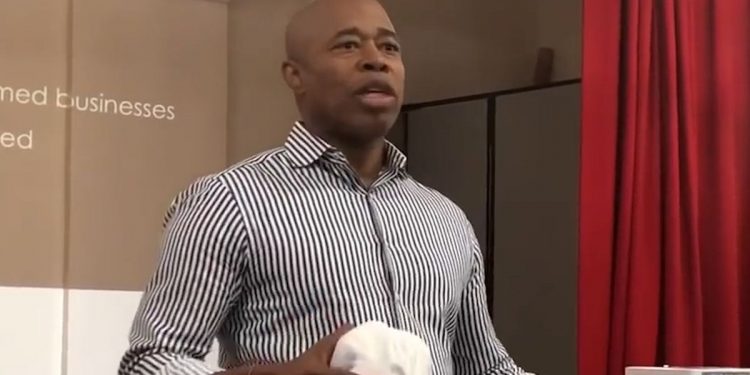 ”The people who say, ‘Where’s our real Black leaders?’ They’re going to say, ‘Who’s Eric? Why does Eric think he should be mayor?’ Well, Negro, you run. You run, go raise the $7 million,” he said. “Let me tell you something, man. They are lining up — ‘Eric can’t be mayor.’ In the corners of the city, they are lining up. They know me. They know what I’m about and they know what I’m going to do as the mayor of the City of New York. Listen, we’re not going to play this game.”