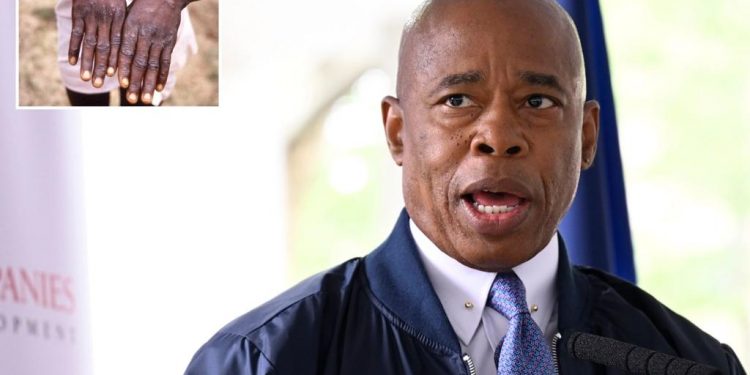 Mayor Eric Adams said Saturday that he’s not worried about the spread of monkeypox in the Big Apple – where at least one case of the rare disease is already suspected.

“Nope. We have the best Department of Health,” Adams told The Post after being asked about the disease following an unrelated Midtown event. “We are going to make the right decisions for the city.”

The city’s Health Department has confirmed that a city patient tested positive for a family of viruses that monkeypox belongs to, but it was still unclear Saturday whether the person was infected with the rare disease.

Two patients had been under investigation by the city’s Health Department for possibly carrying the virus. One case was ruled out while another person tested positive for “Orthopoxvirus,” the family of viruses to which monkeypox belongs.

The patient remained in isolation Saturday awaiting testing by the Centers for Disease Control and Prevention. Local health officials are carrying out contact tracing in the meantime.

The CDC is also investigating at least five other cases of possible monkeypox involving American patients, according to CNN.

The World Health Organization called an emergency meeting Friday after more than 100 confirmed or suspected cases were identified in Europe, along with cases in Canada and Australia.

Monkeypox produces skin lesions and typically leaves patients with flu symptoms. It was first identified in monkeys and rarely spreads outside of Africa, which has made the latest rash of cases alarming to health officials.