McConnell said Trump ‘put a gun to his head and pulled the trigger’ after Jan 6, new book reveals 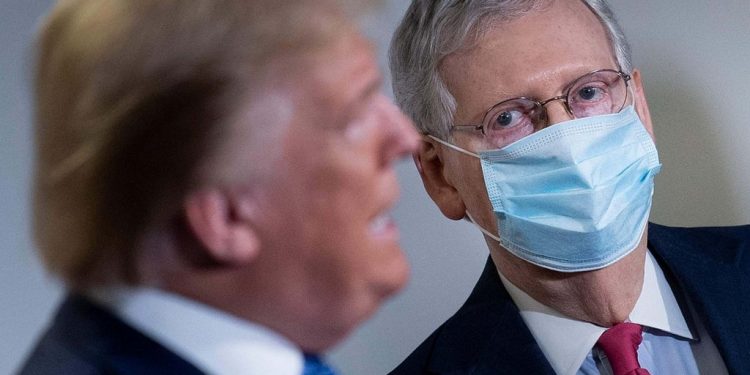 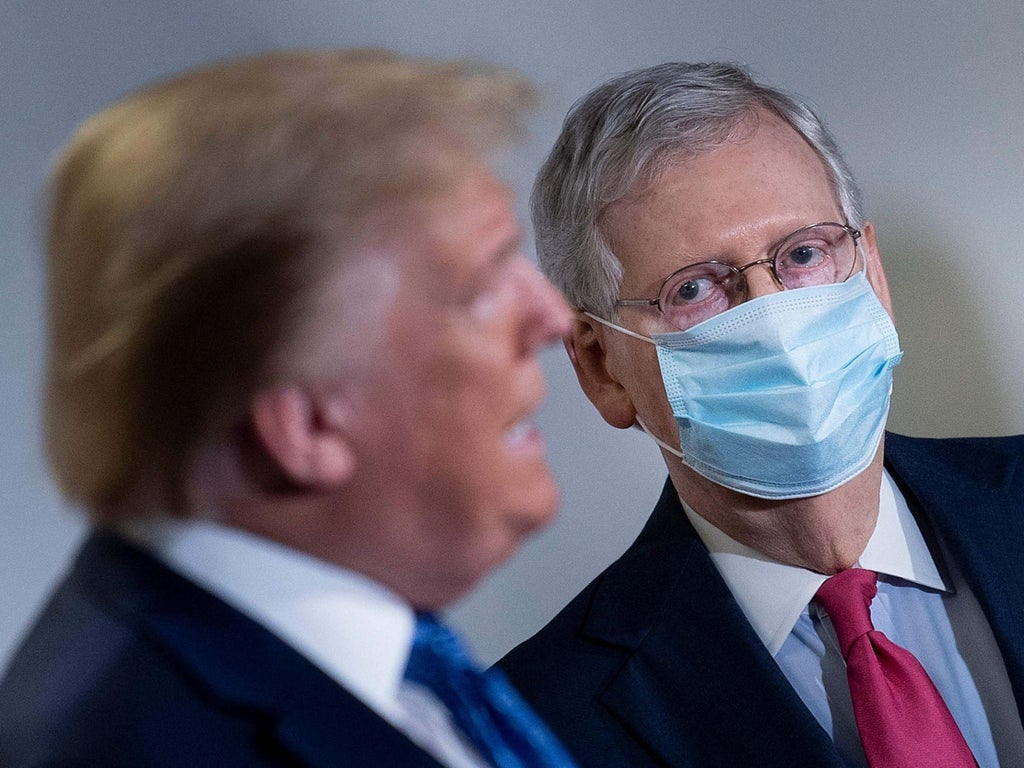 Senate Minority Leader Mitch McConnell said former president Donald Trump “totally, totally discredited himself” and “put a gun to his head and pulled the trigger” by his actions on the day a mob of his supporters stormed the US Capitol in hopes of preventing Congress from certifying President Joe Biden’s 2020 election victory.

“I feel exhilarated by the fact that this fellow finally, totally discredited himself,” said the Kentucky Republican, who was speaking to New York Times reporter Jonathan Martin just hours after rioters had been cleared from the Capitol by law enforcement and National Guard soldiers.

Mr McConnell’s comments were revealed in a forthcoming book by Martin and fellow New York Times scribe Alex Burns, This Will Not Pass: Trump, Biden, and the battle for America’s Future. A copy of the book was obtained by The Independent ahead of its 3 May release date.

The Senate Minority Leader also told Martin the disgraced, soon-to-be twice-impeached president “was pretty thoroughly discredited” by his actions that day, including giving an inciting speech to a crowd of his followers on the Ellipse which immediately proceeded the riot, and refusing to take action to quell the violence being perpetrated against Capitol Police by his supporters.

Mr McConnell also vowed to take on Mr Trump’s supporters in Congress in the upcoming 2022 midterms, telling Martin the ex-president is a “despicable person” whose fringe supporters would face the wrath of the GOP establishment.

“We crushed the sons of bitches, and that’s what we’re going to do in the primary in ‘22”.

Mr McConnell and Mr Trump have not spoken since mid-December of 2020, when the then-Senate Majority Leader acknowledged Mr Biden’s victory after the Electoral College ratified his win over Mr Trump.

For his part, the Kentucky Republican has said he would support the ex-president if he is the GOP presidential nominee in 2024, but Mr Trump has expressed derision for the longtime GOP senate leader, who he often refers to as an “old crow”.

In a Monday interview with Piers Morgan on the British TV host’s new programme, Piers Morgan UncensoredMr Trump called the Bluegrass State senator “stupid” and blamed him for refusing to help him install himself in the White House for a second term against the wishes of American voters.

Best Book Recommendations Based on Your Zodiac Sign in 2022