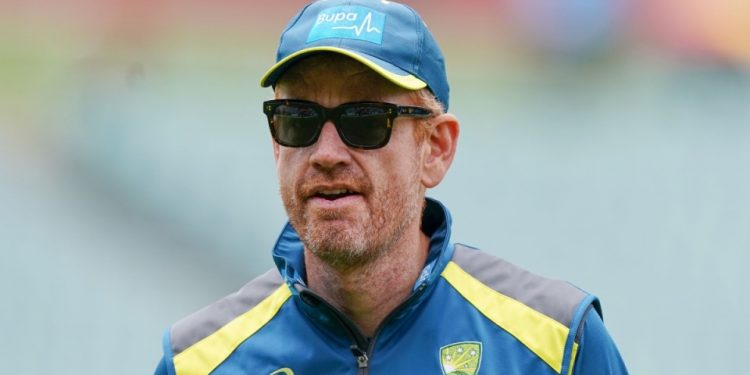 Andrew McDonald has been rewarded for an impressive interim stint by being given a four-year contract to coach the Australian men’s cricket team.

The favourite to secure the job full-time after Australia’s 1-0 Test series win in Pakistan, McDonald’s appointment was confirmed by Cricket Australia on Wednesday.

The former allrounder, who played four Tests in 2009, replaced Justin Langer in February after the Australian great’s messy departure from the coaching role.

McDonald joined Australia’s coaching team as Langer’s senior assistant in 2019 after leading Victoria and the Melbourne Renegades to titles in 2018-19.

He has also held senior coaching jobs in the Indian Premier League and in English county cricket.

“The journey so far has been particularly pleasing, and I am honoured to be given this incredible opportunity for what is an exciting period ahead,” McDonald said.

“The success of the World Cup, the Ashes series and now Pakistan has been testament to the hard work and leadership of Justin, Pat (Cummins) and Aaron (Finch) along with the players and the support staff.

“My plan is to build on the growth, depth and experience of the squad while working collectively with the group and across the game.

“There are many challenges in the short-term which I know excites the leadership group, the players and the staff.”

CA chief executive Nick Hockley praised McDonald after the 40-year-old impressed with his vision for the future during the interview process.

“We interviewed several excellent candidates for this role, which is one of the most important in Australian sport,” Hockley said.

“Andrew has already shown he is an outstanding head coach and the vision he outlined for the role during the appointment process was both impressive and exciting, making him our clear choice.

“We are proud of the way the team played and the respect shown throughout the tour of Pakistan under the leadership of Andrew, Pat and Aaron and really pleased Andrew is taking on the role permanently.”

McDonald was to front the media later on Wednesday at the MCG.