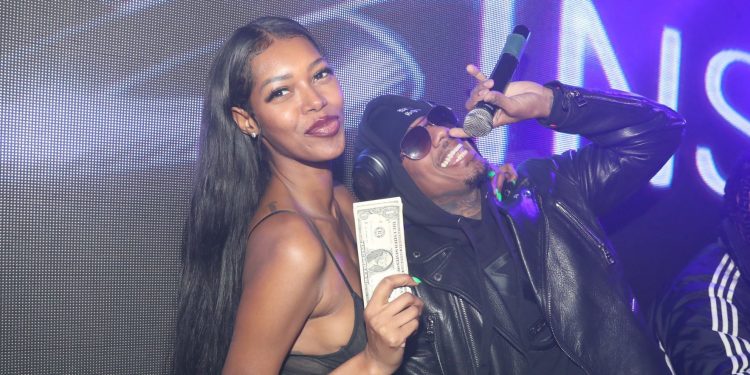 
Nick Cannon is all set to release his new mixtape, Raw N B: The Explicit Tape.

To tease his fans further, the singer revealed a picture where he has posed quite sensually with his former girlfriend, Jessica White. You just can’t unsee the raunchy mixtape cover.

The singer, who is preparing to welcome his eighth child, was previously spotted with Jessica at the Upper East Side jiggle joint Sapphire in March 2022.

Who is Jessica White?

Jessica is multi-talented. She describes herself as a fashion model, actress, director and humanitarian.

She is also the founder of LE’DOM, a clothing line, which is yet to be launched, as per her Instagram bio.

Jessica gained prominence after featuring on America’s Next Top Model. As an actor, she has played small roles in Big Momma’s House 2 and appeared in music videos for singers such as Big & Rich, John Legend, and Jay Z as well.

The model has graced the cover of several magazines, including the Sports Illustrated Swimsuit Issue.

Her Instagram is filled with stunning photographs from her photoshoots.

Neither Nick nor Jessica has hinted at getting back together, but their racy picture has raised a lot of eyebrows.

Obtained by E! News, the cover sees him sitting on a giant speaker while lifting up his ex-girlfriend, who is nude.

Check out the picture on E!’s official website here. However, it is warned that the image may not be appropriate for younger audiences.

When did they date?

Jessica and Nick had an on-again and off-again relationship until 2020. The couple reportedly started dating in 2015 after the singer split from his former wife, Mariah Carey.

Reflecting on their relationship, Jessica once told E!: “We just had unconditional love for each other and we were friends. When you have a really close friendship with a person, you just know each other.”

“He understood me and my craziness and I understood him and we just meshed. We got along well. We were actually in a really good space before it ended,” she added further.