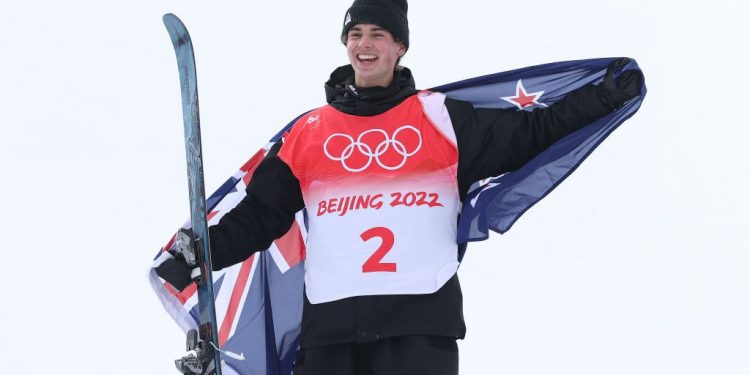 
Who are the parents of Nico Porteous as the New Zealander skier wins the freestyle skiing? Is his brother also a Winter Olympian?

Off the back of an unexpected bronze in Pyeongchang four years ago, Nico Porteous has followed that up with an even more unexpected gold medal.

Across both qualification and the finals itself, Porteous’ score of 93.00 was the highest recorded in the competition.

United States skiers David Wise and Alex Ferreria took silver and bronze in a repeat of the Pyeongchang podium.

Nico Porteous claimed New Zealand’s second gold of the Games, but who are his parents?

Is his brother also a Winter Olympian?

Porteous was born on November 23rd, 2001 in Hamilton, New Zealand.

His parents are mother Chris Porteous and father Andrew Porteous.

First introduced by his parents to skiing when he was about four, Nico Porteous started his journey to Olympic gold in France.

Continuing it back at home, Porteous continued through the ranks, until he was given a spot on the 2018 Winter Olympics team.

In claiming that bronze, he became the youngest Kiwi to win an Olympic medal – whether Summer or Winter.

Also competing in the superpipe event, he claimed Winter X Games success in 2021 and 2022.

Brother is also an Olympian

Skiing obviously runs in the Porteous family, as Nico’s parents also have another son who has competed.

Miguel Porteous, born a couple of years before Nico competed at Pyeongchang alongside his younger brother.

Miguel finished 17th in the halfpipe as Nico claimed the bronze.

In other news, Justin Bieber cancels meet and greet but Justice World Tour shows will go on

Did you benefit from student-loan debt relief? Know the tax consequences

dealing with deer in the garden, with brad roeller

dealing with deer in the garden, with brad roeller